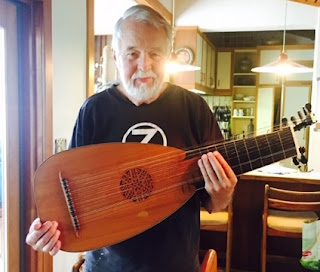 Notification with the passing of RNPA member retired Northwest pilot Captain Richard H. Gronning, age 78.  Captain Gronning joined Northwest Airlines 06-23-1969.  He is survived by his wife Sigrid, their children plus many other family members.
To view the obituary online and share memories please visit
http://www.biermanfuneralhome.com/obituary/richard-h-gronning/
Obituary may also be viewed online at
http://www.southernminn.com/northfield_news/obituaries/article_eba0dce5-b11f-5144-867f-67e733d41174.html
Arrangements were entrusted to Bierman Funeral Home of Northfield, Minnesota.
http://www.biermanfuneralhome.com/
Thank you,
~ Carol for the PCN
Obituary...............Richard 'Dick' Gronning,   1940–2019


Northfield MN  —  Richard "Dick" Gronning of Northfield passed away Thursday, February 21 at the V.A. Medical Center in Minneapolis after a battle with cancer. He was 78. He is preceded in death by his daughter-in-law, Sun Wells-Gronning. Dick was the son of Ole Gronning and Violet Maresh of Racine, WI. He attended Washington Park High School class of 1958 and graduated from Carthage College class of 1963. He married Sigrid Stephan in 1963. He attained rank of Captain in the Air Force, serving 1964-1969 (Aircraft Commander of the C-130 Hercules). He completed two tours of duty in Vietnam. He moved to Minnesota to be a pilot for Northwest Airlines. Dick had many passions including building Renaissance musical instruments (acclaimed and played by some professionals), discussions of faith, philosophy, and social justice, and researching and advocating for alternative health and environmental solutions. He is survived by his wife, Sigrid, son, Dan and wife, Maria; son, Ari, daughter, Bettina and husband, Sawad, and their daughter, Siri. Dick had a fierce, autodidactic intellect and always believed that with the ability to recognize, conceive, and embrace innovative ideas, anything is possible. Funeral services will be held at St. John's Lutheran Church on Friday, March 1, 2019, beginning at 11 AM with Reverend Jonathan Davis officiating. Visitation will be held on Thursday, February 28, 2019, from 4 PM to 7 PM at Bierman Funeral Home and one hour prior to the service in the church. Interment will be at Fort Snelling National Cemetery in Minneapolis. biermanfuneralhome.com
Posted by death at 11:34 PM