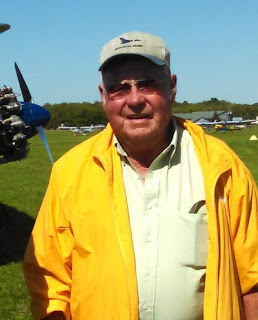 Notification with the passing of retired Northwest Airlines pilot Berton Lee Anderson, age 87.
He is survived by his wife Alberta, plus their children and grandchildren.
To view/sign the online guestbook please visit the funeral home website at
https://www.mlakerfuneralhome.com/obituary/berton-lee-anderson
Mlaker Funeral Home of Cook, Minnesota was entrusted with arrangements.
Thank you,
~ Carol for the PCN
Obituary...............
Berton (Lee) Anderson, 87, passed away on Feb. 17th at St. Croix Health & Rehab Center in New Richmond, WI. Lee was born to Berton and Minnie (Rautiola) Anderson in Hibbing on Nov. 22nd, 1931, spent much of his younger years on his grandparent's farm in Bear River and graduated from Alango High School in 1951. He enlisted in the United States Air Force in 1951 and was honorably discharged as rank of S/SGT in 1954. Lee was united in marriage to Alberta aka "Berts" (Doroff) on Jan. 22nd, 1955 at St. Mary's Catholic Church in Cook and lived in Cook until moving to Minneapolis in 1959. Lee was employed as an airline pilot. He retired from Northwest Airlines in 1991. After retirement, he continued to train in simulators until 2008. His passion in life was flying and he really enjoyed his old tractors and working on his farm in Bear River.
Lee was preceded in death by his parents and Brother: Kenneth. He is survived by his Wife: Bert; Son: Patrick Anderson (Brenda Kroening); Daughter: Deborah (Greg) Freeman; Grandchildren: Jon (Kaycee) Ameter, Lynda Freeman (Matt Olson): Great-Grandchildren: Tenley and Brylee.


There will be a reviewal and memorial fellowship (with military honors) at Mlaker Funeral Home, Cook on Friday, Feb. 22 from 12 – 2 p.m. Interment will be in Morcom Cemetery in Bear River at a later date. To leave an online condolence visit www.mlakerfuneralhome.com
Posted by death at 1:04 PM