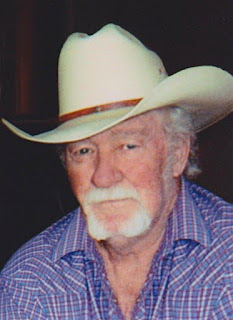 Notification with the passing of retired pilot Captain Mitch Griffin, age 84.  To the best of my knowledge, Captain Griffin first joined Bonanza Air Lines 08-13-1965 and would have transitioned with the various mergers.
To view the obituary online and share memories please visit
https://www.dignitymemorial.com/obituaries/greenwood-ar/mitchell-griffin-8263703
The last known contact for Captain Griffin that I’m aware of was
3363 Tate Rd., Booneville AR 72927-5652.
If more is learned we will then pass along that information.
Thank you,
~ Carol for the PCN
Obituary..............
Mitchell M. Griffin, 84, of Booneville, Arkansas passed away Wednesday, April 24, 2019 in his home. He was a retired pilot for Delta Airlines and veteran of the U.S. Air Force.
Graveside service will be 10 a.m., Monday, April 29 at Mount Zion Cemetery in Greenwood under the direction of McConnell Funeral Home of Greenwood.
He is survived by his wife, Elizabeth; three sons, Phil Griffin of Phoenix, AZ, Waylon Brown of Pennsylvania and Bradly Murphrey; one daughter, Jennifer Brown of Booneville; eleven grandchildren and three great grandchildren. He was preceded in death by his daughter; Susan Griffin, son, Wesley Murphrey and his brother, Robert Griffin.