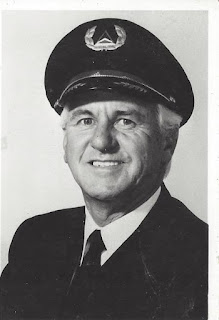 Word has just reached our group...
news with the passing of retired Delta pilot Captain Edwin ‘Ed’ L. O'Rourke, age 80.  Captain O’Rourke joined Delta Air Lines 07-19-1965 and retired with Delta based 030/ATL.  He is survived by his wife Patricia, their children and their grandchildren.
To view the obituary online and share memories please visit
https://www.littledavenport.com/notices/Edwin-ORourke
Obituary below notes the family will hold private burial services on April 28th in Marco Island FL. A Celebration of Life event at a later date is yet to be determined.  For those wishing to send a personal note, whitepages lists the family residence as
5552 Mallard Walk, Gainesville GA 30504-9009.
Thank you,
~ Carol for the PCN
Obituary................Edwin “Ed” L. O’Rourke, 80, of Gainesville, passed away Wednesday, April 17, 2019 at his residence. Ed was born in Warfordsburg PA to the late Thurman M. and Rosalie L. O’Rourke.  He grew up in Maryland where he was active in the Civil Air Patrol. He was State Commander and awarded jet training while attending the University of Maryland. After he joined the United States Air Force, he had the joy of becoming a helicopter pilot. Ed married his high school sweetheart Pat, and they were married for 59 years. Through the Air Force, he worked his way up to the rank of Captain as one of his main responsibilities was refueling other aircraft as they were flying across the Artic.
Upon being released from the Air Force in 1965, he was hired by Delta Airlines where his pilot career took him across the world. After thirty two years with the airline, he retired as Captain to spend time with his family at homes in Gainesville Georgia and Marco Island Florida.
His two children, Ed and Kerry, were born while the family was stationed in Newfoundland Canada.
He was known for his Irish humor, kindness, fix-it skills, full head of silver hair, and big smile.
He is survived by his wife Patricia; daughter, Kerry (Richard) Tucker; son, Edwin L. O’Rourke, and 4 grandchildren: Kellson Tucker, Mary Tucker, Lilly Tucker, and Connor O’Rourke.
A private family burial will be held Sunday, April 28, 2019 in Marco Island, FL. A Celebration of Life will be held at the later date.
Memorial contributions:
In lieu of flowers the family requests donations to be made to the Humane Society of Northeast Georgia, 845 W. Ridge Road, Gainesville GA 30501 in the memory of Ed and his beloved cockapoo, Josie.
Those wishing to send online condolences to the family may do so at littledavenport.com