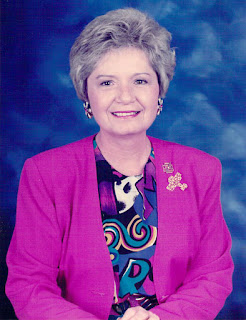 Bonham, Texas -- A memorial service for Patricia Cecile McCarstle Ward will be held 2:00 p.m. Saturday, April 27, 2019 at Holy Trinity Episcopal Church, 623 Star St. Bonham, Texas with the Rev. Robin Smith officiating.
Pat Ward went peacefully to Heaven on April 17, 2019 at 4:25 a.m. at her home in Ivanhoe, Texas at the age of 80.
Patricia was born on October 17, 1938 in Baton Rouge, Louisiana to Jewell Adrian and Ary Louise Corcoran McCarstle. She graduated from Istrouma High School in 1956. She married the love of her life, Roger Eugene Ward on January 1, 1958. They had two daughters, Lauren Alayne and Leslie Alisan.
Patricia got her pilot’s license in 1965 and enjoyed the aviation community along with Roger, achieving multiple ratings including Single and Multi-engine Land, Single Engine Sea, Commercial pilot, and Instrument rating.
She attended LSU with a major in Criminal Justice and a minor in Psychology in the early 1970s. She had a lifelong dream of becoming a nurse. She graduated from Baton Rouge Vocational School as an LPN in 1978. She continued her nursing education at Our Lady of the Lake, earning her Registered Nurse Diploma in 1982. She enjoyed working in the Emergency Care Unit until she and Roger moved to Texas in 1993.
Pat achieved numerous accomplishments in aviation, active in many civic organizations, and had a soft place in her heart for animal rescue as well as being an avid writer with many contributions to aviation publications and the weekly local newspaper.
She joined the International Organization of Women’s Pilots, The 99's, in 1963 and chartered the South Louisiana Chapter in 1966 and served as chairman for three terms over 35 years.
Other accomplishments include: Silver Anniversary Powder Puff Derby Chairman (1971), organized the first Pilot Poker Run and Penny-A-Pound flights for charity. She was Secretary of the South-Central Section (1986), Vice Governor and Section Governor (1990-1992), Co-founder of International Council of Governors (1994-96), International Vice-President (1996-98). She co-founded The Aviation Association of Louisiana, Associate and Judge with National Intercollegiate Flying Association for USPFT and WPFT, Volunteered with the Balloon Federation of America Competition Division (1989-91), member of the Board of Directors for Baton Rouge Area Pilot’s Association, participated in the Amelia Earhart Society of Researchers including a expedition to the Marshal Islands, FAA Safety Counselor, member of the Cessna 195 Club, member of National Aeronautical Association, and secured exhibit and archives on Women in Louisiana Aviation at the state aviation museum. She was the editor for publication of Louisiana Aviation Information as well as the South-Central Section Approach magazine. Pat was inducted into the Forest of Friendship in 1992 and a Jimmie Kolp Award Honoree for her contributions to aviation and FAA Aviation Safety Award recipient (1993).
Pat was actively involved in her community with the Republican Women, Kiwanis Club, Red River Theater, and a member of the Fannin County Airport Commission. She was passionate about animal rescue and cruelty and founded the Fannin Animal Search Team, member of the United Animal Nation’s Emergency Animal Rescue Services, the Disaster Animal Response Team with deployments in Arkansas and Florida, supporter of Braveheart Animal Rescue, and hosted a class in Fannin County for CERT (Community Emergency Response Team Animal Response. She recruited and organized the Lake Fannin America by Horseback filmed by RFD TV in 2004.
Patricia was preceded in death by her parents, Jewell Adrian McCarstle, Sr, and Ary Louise Corcoran McCarstle, and her brother, Jewell Adrian McCarstle, Jr.
Those surviving to carry on Patricia’s legacy are her husband of 61 years, Roger Eugene Ward; daughters, Lauren Alayne Ward and Leslie Alisan Williams and husband Thomas Alenzi Williams, Sr; grandchildren Sarah Alisan Weems, Lydia Grace Cranford, Landon Roger Wightman and wife Tiffanie Lee Wightman, Nicholas Brandon Wightman and wife Rita Rocco Wightman, and Chandler Norman Wightman; great grandchildren: Madilyn Grace Mercer, Carson James Weems, Amelia Ava McKenna Wightman, Charlotte Everleigh Marie Wightman, and Courtney Claire Cranford as well as her brother, Louis Henry McCarstle, who resides in the Philippines.
The family will receive friends at Wise Funeral Home in Bonham, Texas Friday, April 26, 2019 from 6:00 p.m. to 8:00 p.m.
An online guest register is available at www.wisefuneralhome.com