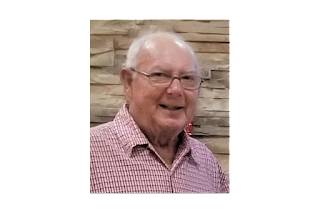 As noted in the April 2019 issue of the Air Line Pilot magazine’s In Memoriam column (note: you may notice a misspelling of the last name as Mondrus), the passing of retired Northwest Airlines pilot Captain Albert Victor Mondus Jr., age 77.  Captain Mondus is survived by his wife Sherrie along with their children and grandchildren.
To view the obituary online please visit
https://www.yourobserver.com/article/albert-v-mondus-jr
Also at https://vcnewsreview.com/Content/Default/OBITUARIES/Article/Albert-V-Mondus-Jr-/-3/1234/222335
Our information is limited....if more news is received we can then add to our memorial site.
Thank you,
~ Carol for the PCN
Obituary.............Albert V. Mondus, Jr., age 77
Albert passed away at his home in Longboat Key FL on January 26, 2019 surrounded by his wife and three children after a yearlong battle with cancer.
“Al” was known as a true aviator, spending 36 years as a commercial airline pilot, which he often said without hesitation, “it’s the greatest job in the world”. He had a true passion for the sky, which later turned to boating in the waters of the Gulf and being an avid snowmobiler in Wisconsin. Al was born in Chicago, raised his family in Illinois, spent time in the Northwoods of Wisconsin, retired on Eagle Lake and wintered in Longboat Key.


He will be missed by his wife Sherrie of 57 years, his three children, Scott (Karen), Dawn and Mark; siblings Gloria (Jim), John (Rita), Joyce (Mike) and Gary (Cheri), grandchildren Alan, Danielle, Alleanya, Markus, Michael, Viktoriya, JohnO, Kelly and a large, close extended family that “played hard together” along with many aviation, boating and snowmobile groups. Preceded in death by his parents Albert and Shirley Mondus.
Posted by death at 4:44 PM