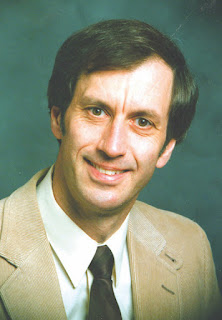 News has reached our group with the passing of Northwest Airlines pilot
Michael
Richard Butler, age 78.
Obituary information may be viewed online at
https://www.howefuneralhome.com/obituary/michael-butler
Also at https://usobit.com/obituaries-2019/04/michael-r-butler-august-5-1940-april-7-2019/
and  https://buffalonews.com/2019/04/09/butler-michael-r/
A more complete obituary may be viewed at
https://www.eastaurorany.com/articles/obituary-michael-richard-butler-u-s-marine-retired-commercial-pilot/
As more news and/or updates are received we will be sure to advise.
Thank you,
~ Carol for the PCN


Friends and Colleagues,
NWA pilot Michael R. Butler, age 78, passed away on April 7, 2019. He resided in East Aurora, New York. Michael was hired by NWA on March 03, 1969 after serving in the U.S. Marine Corps. In the past Michael had been a RNPA member, therefore there will be an obituary posted on the RNPA website. In the meantime the funeral home notice is posted below.
Submitted by: NWA Bill Day

BUTLER - Michael R.
April 7, 2019, of East Aurora, NY. Loving husband of Glenys (nee Maschoff); special cousin of Linda (Jack) Butler-Bliar, Laura Butler and Steven  Butler; also survived by many nieces and nephews. Family present for visitation Thursday from 3-7 PM at the KENNETH HOWE FUNERAL HOME, 64 Maple St., East Aurora, where a service will be held at 7 PM. In lieu of flowers, memorials may be made to The Boys and Girls Club of East Aurora, the East Aurora Educational Foundation or the SPCA serving Erie County. Mike was a former U.S. Marine, a retired Commercial Pilot and a very kind, humble, adventurous and respectful person. Mike loved people, dogs and East Aurora!

-------------------------
Complete obituary:
Michael Richard Butler died in his East Aurora home on Sunday, April 7 after a courageous battle with pancreatic cancer. He was 78.
Born on Aug. 5, 1940, the son of Barrett and Mary (née Lippert) Butler, Mr. Butler was raised in East Aurora. He lived in Minneapolis, Minn. from 1969 to 2014, when he returned to East Aurora. He was a graduate of East Aurora High School class of 1958 and University at Buffalo Class of 1962.
Mr. Butler started working at the age of nine sweeping floors at Thomas Drug Store. Twenty-seven jobs later, including bartending, taxi driving, flight instructing and working for the steel mill and railroad, he became a pilot for Northwest Airlines, retiring in 1999.
From 1961-1966, Mr. Butler served his country proudly as a US Marine.
He was an active community member serving in Kiwanis Club and volunteering for many community organizations. He was also a member of Frontier Skydiving Club from 1960 to 1965.
A kind, humble, adventurous and respectful person, Mr. Butler loved people, dogs, especially thoroughbred pedigrees, and East Aurora. He played the trumpet and liked big band music. He was fond of a good deal from the dollar store, and enjoyed pick-up basketball games. He supported the Boys & Girls Club of East Aurora. A favorite pastime was sitting on his front porch listening to and sharing his stories of East Aurora life. He never forgot a name or a baseball statistic.
In addition to his parents, Mr. Butler was predeceased by his aunt Dee (Robert) Hinman and uncles Richard Butler and Robert Hinman
He is survived by his wife Glenys (née Maschoff); cousin of Linda (Jack) Butler-Blair, Laura Butler, Steven Butler, Pete Hinman and Mark Hinman sister-in-law Linda (Larry) Becker; brothers-in law Marlo Maschoff and Eldean Maschoff; and many nieces and nephews.
All arrangements were entrusted to Kenneth Howe Funeral Home, 64 Maple Road, East Aurora.
Family will be present for visitation on Thursday, April 11 from 3 to 7 p.m. at the funeral home, where a service will be held at 7 pm.
Memorial donations may be made to The Boys & Girls Club of East Aurora by mailing to 24 Paine St., East Aurora, NY 14052; the East Aurora Educational Foundation, by visiting www.EastAuroraEducationalFoundation.org; or the SPCA serving Erie County by visiting www.yourspca.org.
Kenneth Howe Funeral Home offers a site to share online condolences with family and friends at www.howefuneralhome.com
Posted by death at 2:07 PM