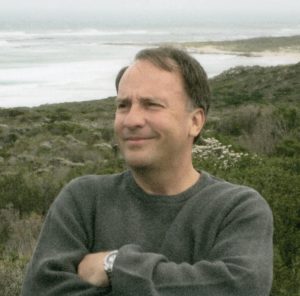 Notification with the passing of Delta pilot Captain Robert David Gottis, age 63.  Captain Gottis joined Delta Air Lines 07-10-1987 and I believe was based NYC.  He is survived by his sister and his children.
To view obituary and guestbook information online please visit the funeral home website at
https://www.linnemannfuneralhomes.com/obituary/robert-d-gottis/
As noted below, a celebration of Life event is planned for July 16th at Linnemann Funeral Home of Erlanger, KY.
Thank you,
~ Carol for the PCN
Obituary.............NKyTribune.com (KY) - Friday, July 5, 2019
Robert D. Gottis, of Florence, KY, passed away at St. Elizabeth Hospice Center on July 5, 2019, at the age of 63. Bobby G, or Captain Bob, as he was often called, spent most of his life either in the sea, by the sea, or over the sea. He served as a Naval Aviation Officer, Patrol Squadron Eight, based out of Naval Air Station-Brunswick. Bobby G flew the P-3 Orion, an antisubmarine, maritime surveillance aircraft. He served three deployments over the seas during his military career. After his retirement from the USN, he continued his aviation career, flying 32 years with Delta Airlines, once again flying over the seas, as a transatlantic international pilot. He is survived by his sister, Denise Wiloch, of Florence KY; and his three children, Matthew – Cincinnati, OH; Lexi Ayers (Carson) – USMC Camp Pendelton, CA; Jonathan – USMC Camp Lejeune, NC.
Please join us in a celebration of his life on Tuesday 7/16/2019 from 4-7, at Linnemann Funeral Home- Erlanger, KY.


In lieu of flowers, memorial contributions are suggested to the Wounded Warrior Project or St. Elizabeth Hospice Center – Erlanger, KY.
Posted by death at 12:56 AM