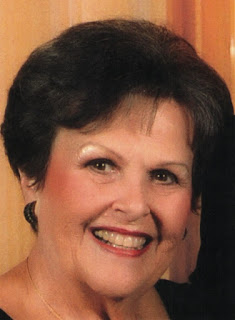 Please see news below.....Jane’s obituary may still be viewed online at
https://www.everhere.com/us/obituary-denton-jane-cooper-pearson-9330328
also at https://www.legacy.com/obituaries/dentonrc/obituary.aspx?n=jane-cooper-pearson&pid=193200926&fhid=17471
For those wishing to send a personal note to Captain Pearson and his family, whitepages notes the residence
as 5912 Meadowglen Dr., Argyle TX 76226-2259... (940) 321-3831.
Services for Jane were held in Denton, Texas.
Thank you,
~ Carol for the PCN
Note:  Jane Pearson is the wife of retired DL Captain Marce Miles Pearson...
Capt. Pearson, born 9/6/1941 and was hired by DL on 10/2/1967.  Capt. Pearson can be reached at  marcep@centurytel.net
....thanks goes to Wanda Haskins, wife of retired DL Capt. Jim Haskins, for sharing this sad news of Jane’s passing
forwarded msg from: 60th Bum Group redsplitwindow@gmail.com
Subject: Passing of Jane Cooper Pearson
Obituary............Jane Cooper Pearson, 79, of Denton went to be with her Heavenly Father on June 15, 2019 after an extended illness.
Jane was born in Grayson Ga. on December 15, 1939 to William Jennings Cooper and Inez Starnes Cooper. She attended Young Harris College in north Georgia and was later employed by Fulton National Bank of Atlanta. She married Marce Miles Pearson on February 6, 1965. After several years in the military, they moved to Dallas, TX where she continued in banking until starting a family. She then began her true passion as full time wife, mother, and later grandmother.
Jane loved people and truly never met a stranger and she will forever be remembered for her warm smile and sweet Georgia accent. She was a longtime member of Denton Bible Church and was also active as a volunteer in the Denton ISD for many years and served on the board of Young Life of Denton during its early years. She loved spending time with her family and especially enjoyed traveling with family and friends. She also loved her Dallas Mavericks basketball team.
She is survived by husband Marce M. Pearson of Denton; son Marc David Pearson (Morgan) of Corinth, TX; daughter Leslie Michele Litvik ( Shane) of Dallas; brother Larry Cooper (Jane) of Katy, TX; grandchildren Conner, Kathryn, Miles, Hadley and Carter and one niece and three nephews.
Jane was preceded in death by her parents, sister Ann Starling, brother-in-law Voight Starling, and sister-in-law Mary Ann Cooper.
A visitation will be held from 5 PM to 7 PM on Sunday, June 23, 2019 at Mulkey-Bowles-Montgomery Funeral Home, 705 N. Locust, Denton, TX 76201.
Her memorial service will be held on Monday, June 24 at 11 AM at Denton Bible Church, 2300 E. University Dr., Denton, TX 76209. Interment will be at DFW National Cemetery at a later date.