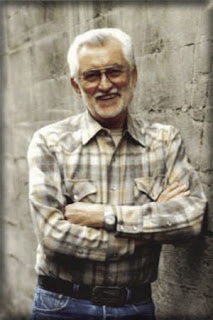 Notification with the passing of retired Western/Delta pilot Captain Reese Earl Gullickson, age 84.  Captain Gullickson joined Western Airlines 01-20-1964 and retired with Delta Air Lines, based Seattle.  He is survived by his sister, his children and his grandchildren.
The obituary article is available online at
https://tdn.com/lifestyles/announcements/obituaries/reese-gullickson/article_2356b9d1-88e5-5702-9ae8-c07c8b857c8e.html
Other news related articles are noted below.  Obituary information notes no services.
Captain Gullickson had most recently resided at Skamokawa, Washington.
Thank you,
~ Carol for the PCN

Obituary:  Reese Gullickson   ...  Daily News, The (Longview, WA) - Saturday, July 13, 2019
Reese Earl Gullickson, longtime resident of Skamokawa, WA, died in a motorcycle accident on Sunday, June 30, 2019, at the age of 84.
Born Feb. 11, 1935, in Port Angeles, WA, to Clarence and Emma Genevieve Gullickson, Reese grew up in the Longview Kelso area and attended R.A. Long High School. After a move to California in 1953, he graduated from Fort Bragg High School in Fort Bragg, CA. He joined the Air Force in 1954 and served for a period of 13 years as a jet fighter pilot and a member of the Flying Tigers. He later studied at Portland State University and the Oregon Technical Institute.
Following his time in college, Reese became a pilot for Western Airlines, which later became Delta. He retired at the age of 55 after an exemplary career as a Captain for Delta Airlines.
A true patriot and proud American, Reese loved God and his country. He valued his family and the many friends who will miss his captivating storytelling and engaging humor.
Reese spent his retirement doing all of the things he loved... visiting flea markets and car shows, vegetable gardening, wildlife observation and motorcycle riding.
Survivors include his sister, Darlane Caputo; his daughters, Dianne and Jody; his son, Reese; and four grandchildren.
At his request, there will be no memorial services. Memorial contributions can be made to the Wounded Warrior Project or any non-profit animal shelter.
-------------------------
https://tdn.com/news/local/skamokawa-motorcyclist-dies-in-sunday-afternoon-crash-near-woodland/article_f6f0701f-a01f-55aa-bd21-be0fc05b5c70.html
Skamokawa motorcyclist dies in Sunday afternoon crash near Woodland
The Daily News  Jul 2, 2019  ............................
A Skamokawa man died after a motorcycle crash Sunday afternoon while out for a ride near Woodland, according to the Washington State Patrol.
Reese Gullickson, 84, was driving in the southbound late of State Route 503 about nine miles east of Woodland when he lost control of his 2003 Harley Davidson motorcycle at a curve in the road, according to a state patrol news release.
The release says Gullickson hit the guardrail along the highway. His motorcycle slid under the rail, but Gullickson was “ejected over” it, the release said. No other vehicles were involved in the accident.
It was unknown Monday whether drugs or alcohol were involved in the crash, and State Patrol is currently investigating the case, according to the release.
---------------------------
https://klognews.blogspot.com/2019/07/motorcycle-death.html
Motorcycle Death


Reese Gullickson, 84, of Skamakowa is dead after a motorcycle crash that took place yesterday afternoon on the Lewis River Highway east of Woodland.  The State Patrol reports that the crash happened at about 12:35, about nine miles east of Woodland.  They say that Gullickson was riding southbound when he lost control in a curve, and then went into the guard rail.  The bike slid under the guard rail, while Gullickson was ejected over the rail.  Gullickson was taken to PeaceHealth Southwest Washington Medical Center, where he was declared dead.  The cause of the crash is under investigation by the State Patrol.
Posted by death at 2:08 AM