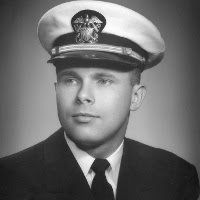 Notification with the passing of retired Northeast/Delta pilot Captain Robert T. Cottrill, age 88.  Captain Cottrill joined Northeast Airlines 06-09-1958 and retired with Delta Air Lines, based Boston.  He is survived by his wife Glenda, their children plus grand- and great grandchildren.
To view obituary information online and share memories, please visit
https://www.chadwickfuneralservice.com/obituary/robert-cottrill
A memorial service for Capt. Cottrill is planned for Oct. 5th in New London NH….please see below.
Thank you,
~ Carol for the PCN

Obituary……………..
- Robert T Cottrill, 88, a devoted husband and father passed away in peace and happiness on August 7, 2019.  He was born in Johnstown, PA on February 12, 1931 the son of Shirley D and Mary (Gess) Cottrill. Bob was educated at Aspinwall High School, the University of Miami, and the Carnegie Institute of Technology.  After college, he served in the US Navy as a Naval Aviator.  Post Navy, Bob was a pilot with Northeast Airlines and Delta Airlines retiring in 1988.

While in the Navy, Bob met the love of his life Glenda and they married a few months later. He was stationed in Brunswick, ME, Malta and Reykjavik, Iceland and served flying submarine patrol missions over the Mediterranean and North Atlantic during the Cold War. Upon discharge from the Navy, he started his career with the airlines and moved the family to New London in 1963 where he became a member of the Fire Department, The First Baptist Church, and the Outing Club, and served as President of the King Ridge Ski Club.

On his days off, Bob was a jack-of-all-trades and took great pleasure in personally completing major renovations on his home. During the occasional evening out, he was an enthusiastic dancer and with Glenda, cleared dance floors with their favorite polkas, smiling until it hurt and having way too much fun.

Bob enjoyed lots of adventure and showing his family the country and beyond.  He and Glenda bicycled all over town and along the Erie Canal (Buffalo to Albany), the Cape Cod Rail Trail and the Cumberland Trail to Washington, DC.  He loved to ski both alpine and Nordic, and made many trips to ski areas near and far including to Austria, the Haute Route from Chamonix to Zermatt, and Yellowstone.  Always active, Bob liked to be outside, traveling and exploring, liked hiking in the Grand Canyon and backpacking for a month in New Zealand.

A Celebration of Life service and reception will be held on October 5, 2019 at 10am at The First Baptist Church, 461 Main Street, New London, NH. Burial will be in West Part Cemetery.
Memorial contributions may be made to the Lake Sunapee Protective Association or the Ausbon Sargent Land Preservation Trust.