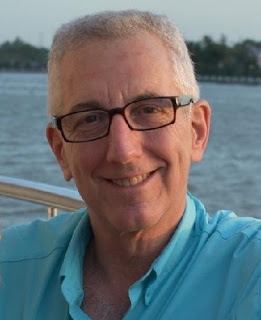 Notification with the unexpected passing of Northwest/Delta pilot Captain Philip Henry Colmer, age 64.  Death came due to a fatal airplane accident that occurred August 20th  in Michigan.  Captain Colmer joined Northwest Airlines 04-13-1989.  He is survived by his wife Rebecca Sharp plus many other family members.
To view the obituary online and the various news articles, you may visit these links:
https://obits.mlive.com/obituaries/annarbor/obituary.aspx?n=philip-colmer&pid=193699520&fhid=25498
https://www.mitchellfuneral.com/index.php?option=com_content&view=article&id=1852:philip-colmer&catid=43:obituaries&Itemid=168
https://www.clickondetroit.com/news/officials-identify-2-men-killed-in-small-plane-crash-near-livingston-county-airport
https://www.detroitnews.com/story/news/local/michigan/2019/08/21/two-livingston-county-plane-crash-victims-identified/2073897001/
Services will be held August 25th at Staffan-Mitchell Funeral Home in Chelsea with visitation prior to the service.
Thank you,
~ Carol for the PCN

Obituary…………  Colmer, Philip 5/3/1955 - 8/20/2019 Sylvan Twp, MI
A shining star, a smiling face, a friend to all, and a connoisseur of everything that defines happy life, Philip "Flip" Colmer, age 64, unexpectedly left this earth for his final flight west on 20 August, 2019. Flip, born 3 May, 1955, grew up to find joy in the pursuit of high adventure. He enjoyed travel, skydiving, and flying the most. An aviator by profession, he was commissioned an Officer in the U.S. Navy in 1978 and earned his Gold Navy Pilot Wings a few years later. He served in the Active ranks and Reserves as a carrier pilot, flying the A-7E Corsair and FA-18C Hornet jets before retiring from the Reserves in 1998 with the rank of Lieutenant Commander. In 1989, after leaving active duty, he joined Northwest Airlines, which became part of Delta in 2008. Over his 30 year airline career, he rose to the rank of Captain on the Boeing 767. On 26 August, 1994, he married Rebecca Sharp, his best friend, fellow skydiver, and beloved travel companion for the remainder of his life. When not exploring the larger world with his wife, he enjoyed brewing his own beer and even dabbled with competitive aerobatic flying. Outside of flying, he was involved in many charitable projects, his favorite as a key team member of Project Recover expeditions to the Pacific to find and repatriate the remains of missing American servicemen from World War II. Philip "Flip" Colmer is preceded in death by his parents, Malcolm and Marjorie (Fleiss) Colmer. He is survived by his wife, Rebecca Sharp, his two sisters, Barbara Colmer (Kooper, NY) and Amy Ream (Portland, OR), his sister-in-law, Samara Anjelae (Berea, KY), and his two brothers-in-law, Michael and Lew Sharp (Lexington & Paris, KY). A Memorial Service will be held Sunday, August 25, 2019 at 2:00 p.m. at Staffan-Mitchell Funeral Home, Chelsea, MI, with visitation from 1:00 - 2:00 p.m. In lieu of flowers, please consider donating to Project Recover ( www.projectrecover.org ) or
Ann Arbor Fisher House Michigan ( www.fisherhousemichigan.org ).

HOWELL TOWNSHIP, Mich. - Officials have identified the two men who were killed Tuesday in a small plane crash near a Livingston County airport.  Philip Henry Colmer, 64, of Chelsea, has been identified as the pilot of the single-engine Rockwell Commander M200.  James Tafralian, 68, of Webberville, was the only passenger in the plane, officials said.

Colmer and Tafralian were inside the plane around 11:20 a.m. Tuesday when it crashed on the runway while taking off from the Livingston County Spencer J. Hardy Airport, according to the Federal Aviation Administration.

The plane came to rest in a field next to the runway, near Tooley and West Highland roads, just east of I-96 in Howell Township. It will remain in the field until National Transportation Safety Board officials arrive Wednesday to take over the investigation, according to the FAA.

Officials believe Colmer had finished the yearly inspection of the plane and was taking it for a test flight with Tafralian.

"You know, if he didn't have enough airspeed and he tried to climb out too fast and stalled -- planes can roll over and nose in, and when that starts happening, there's nothing you can do about it," said Steve Ripper, a pilot who lives near the crash scene. "You don't have any altitude."

Ripper believes the crash was caused by a mechanical failure or an aerodynamic stall.

Colmer owned the aviation service at Livingston County Airport, according to authorities. Tafralian was a member of the company that owns the plane, officials said.

Tafralian was an experienced mechanic and pilot who loved to skydive, police said.