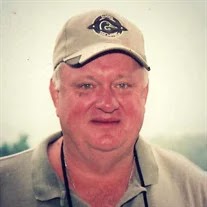 Word has been received with the passing of Delta pilot Peter Michael Drobnak, age 69.  Peter joined Delta Air Lines 03-23-1979 and was based ATL/031.  Friends write:  “Pete was a ‘79 hire and retired early due to medical problems.  He was s/o on the L 1011 until almost the end.”  Peter is survived by his wife Diane.
Obituary information may be viewed online at the funeral home website:
https://www.dimondfuneralhome.com/obituaries/Peter-Drobnak/#!/Obituary
For those wishing to send a personal note, whitepages lists the family residence as
1010 Gates Hill Rd.,  Summerhill, PA 15958
Thank you,
~ Carol for the PCN

Alumnus of Forest Hills High School, class of 1968; and a 1972 graduate of the United States Naval Academy, Annapolis, Maryland. US Navy Commander and P-3 Orion pilot having served during the Vietnam War. Retired Delta Air Lines pilot with over 20 years of service. Member of the Airline Pilots Association and St. Michael American Legion Post 551. Pete enjoyed spending time with family and friends, was an avid reader, and a passionate sports enthusiast.

Friends will be received from 3 to 7 p.m. Wednesday at Charles O. Dimond Funeral Home, Inc., South Fork, where vigil will be held Wednesday.