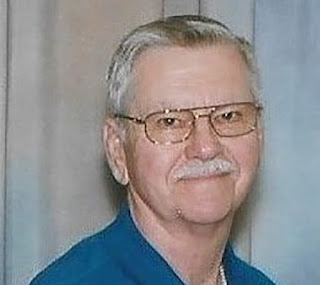 News has reached our group with the passing of RNPA member retired Northwest pilot Captain Nolan Parmer, age 78.
Friends write and obituary notes:  “Captain Nolan Jesse Parmer, age 78, passed away on September 17, 2019 after a courageous fight with heart and kidney disease……Nolan was hired by NWA on March 24, 1969 and medically retired in 1996. Prior to NWA employment he served as a USAF fighter pilot.”
Obituary information may be viewed online at
https://www.dcourier.com/news/2019/oct/19/obituary-nolan-jesse-parmer/
also at https://www.dcourier.com/news/2019/sep/19/obituary-notice-nolan-parmer/
and https://www.affordableburialandcremationllc.com/notices/Nolan-Parmer
For those wishing to send condolences, whitepages notes the Parmer residence address as
1292 Pebble Springs , Prescott, AZ 86301
Thank you,
~ Carol for the PCN

Obituary……….
On September 17, 2019, Nolan Jesse Parmer flew west for the last time after a courageous fight with heart and kidney disease. He is survived by his wife of 47 years, Karen, four first cousins and several nieces and nephews.

Nolan was born February 7, 1941 to Jesse and Zeda Parmer in Port Arthur, Texas.

The family moved to Phoenix when Nolan was nine due to severe asthma.

He graduated from Camelback High school in 1959. While in high school Nolan served in the ROTC and continued during his time at ASU where he received his degree in electrical engineering.

Nolan enlisted in the Air Force where he served as a fighter pilot for five years. Nolan used his talent and love of airplanes to become a commercial pilot for NW Airlines, where he flew for 27 years taking an early retirement in 1996.

Nolan belonged to a number of groups over the years. He enjoyed bowling, golf, and building and flying radio control airplanes.

Nolan will be truly missed by his family and many friends.

Nolan Parmer, age 78, of Prescott, Arizona, passed away on Sept. 17, 2019, in Prescott. Affordable Burial and Cremation is in charge of the arrangements.