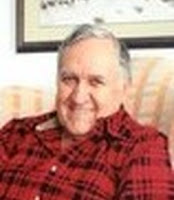 Notification with the passing of retired Western/Delta pilot Captain Anthony ‘Tony’ Joseph ‘AJ’ Cavalier, age 84.  Captain Cavalier joined Western Airlines 07-15-1968 and retired with Delta Air Lines in 1995, based 030/SLC.  Widowed in 1990 with the passing of his wife Doris, Captain Cavalier is survived by his children and grandchildren, his longtime friend Nancy plus many other dear friends and aviation colleagues.
To share memories and express condolences, please visit the funeral home website at
https://www.ahlbergfuneralchapel.com/memorials/anthony-cavalier/4054467/index.php
Rosary and prayer service will be December 16th at Ahlberg Funeral Chapel. Funeral Mass will be held December 17th at St. John the Baptist Catholic Church located at 323 Collyer St. in LONGMONT CO 80501.
Thank you,
~ Carol for the PCN

AJ (Tony) was born in Philadelphia, PA in 1935. He was raised by his mother Julia and grandmother Sadie in the Italian neighborhood of South Philly. He delivered papers as a child and worked in a small market during his years at Southeast Catholic High School. After high school, he attended St. Joseph's University and received a B.S. in Political Science in 1957. 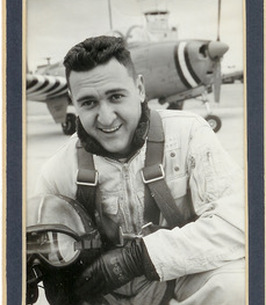 He was accepted into the United States Navy's Officer Candidate School. After graduating from OCS, he became a pilot and flew numerous aircraft throughout his career in the Navy, mainly the R6D and the C-47. He flew around the world transporting troops and dignitaries. He flew NATO troops in and out of the Belgian Congo in Africa during their civil war and transported troops to Europe, North America, Central America, South America, Asia, Australia and New Zealand.

He met the love of his life, Doris Hartnagle on a blind date in 1962 while working as a flight instructor at the Pensacola Naval Air Station. They were later married on June 1, 1963. While in Pensacola, they welcomed their first two children - Theresa and Stephen. In 1966 he accepted new orders to be stationed in Caracas, Venezuela as the Embassy's pilot. Two more children were welcomed while in Caracas - Frank and Anthony. The family lived there until the end of 1967.

In 1968, after being honorably discharged from the Navy as a Lieutenant, AJ accepted a job with Western Airlines. The family moved to his wife's hometown of Longmont, Colorado. They raised their children in the stone house on Third Avenue and he lived there until his death.

He and Doris were heavily involved in their children's lives, whether that be attending sporting events, horse shows or working on the family farm. AJ took on his wife's and daughter’s love of horses and became heavily involved in Appaloosas. The family would go on numerous vacations to Hawaii, the Caribbean, and road trips around the US.

AJ's work with Western Airlines, which he said was the greatest airline in the country, was the highlight of his career. He always said, Western was truly, "The Only Way to Fly." He spent the remainder of his career with Delta Airlines after they acquired Western. He flew for Delta until his retirement as a Captain in 1995 after 38 years as a pilot. Over the years, he flew many commercial airplanes - 737, 727, 757 767 and DC-10.

He lost the love of his life, Doris, in 1990 as a result of a car accident. AJ would continue to travel with friends on European and Mediterranean cruises, as well as continuing to travel with his family on countless vacations. He was a true global traveler, seeing the world over many decades. AJ loved the beach and spending time with his grandchildren. He was an avid reader and there was no crossword puzzle that he couldn't handle. He was known for telling jokes and having opinions about everything. He volunteered for many years at Longmont United Hospital. He especially loved the conversations over coffee and donuts with his hospital buddies. He faced many health challenges over the last 7 years and always remained the fighter. He was truly remarkable and lived life on his terms.

He was preceded in death by his mother (Julia), his grandmother (Sadie) and his wife (Doris). He is survived by his sister Louise Banbury; four children: Theresa (Robert Schmidt), Stephen (Caroline), Frank (Christine), and Anthony (Erin Claussen); four grandchildren: Suzie, Mimi, Carlo, and Marco; and longtime friend Nancy.

Rosary prayers will be at 6:00 PM Monday, December 16, 2019 at Ahlberg Funeral Chapel. A Funeral Mass will be held at 1:00 PM Tuesday, December 17, 2019 at St. John the Baptist Catholic Church. Interment at Longmont Mountain View Cemetery. In lieu of flowers, donations can be made to St. John the Baptist Catholic School. Share condolences at www.ahlbergfuneralchapel.com
………………………………………………..
Doris Aileen Cavalier  https://www.findagrave.com/memorial/60878725/doris-aileen-cavalier
Birth   :  2 Oct 1932
Death :  18 Sep 1990
Doris Aileen Cavalier, 57, of Longmont died September 18, 1990 in an automobile accident. Mass of Christian Burial was Sept. 24 at Spirit of Peace Catholic Church. Burial was in Mountain View Cemetery in Longmont. Mrs. Cavalier, a native of Longmont, was a stockbroker until 1988. She also raised Appaloosa horses. Survivors include her husband, Anthony Cavalier of Longmont; three sons, Stephen Cavalier and Frank Cavalier, both of San Francisco, and Anthony Cavalier of Longmont; a daughter, Theresa Cavalier of Longmont; and her mother, Virginia Dixon Hartnagle of Longmont……………….