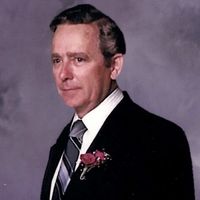 News has reached our group with the passing of Delta Golden Wings member retired Delta pilot Captain Donald John Ryan, age 92.  Captain Ryan joined Delta Air Lines 04-30-1956 and retired with Delta in 1987, based HOU and ATL for most of his career, then PDX at the time of his retirement.  Widowed in September 1996 with the passing of his wife Dolthea ‘Dolly’, Capt. Ryan is survived by their children plus grand- and great grandchildren.
Obituary information and guestbook may be viewed online at
https://www.schmidtfuneralhome.net/obituary/donald-ryan
Obituary information is also available at
https://www.findagrave.com/memorial/206682203/donald-john-ryan
Services for Captain Ryan were held January 29th c/o the Schmidt Funeral Home located in Katy, Texas.
Thank you,
~ Carol for the PCN

Obituary…………….
Donald John Ryan was born on May 14, 1927 in Waterloo, Iowa to Francis J. and Marie Swift Ryan. He served his country in the U.S. Army during World War II. He retired from Delta Airlines after a 31 career as a pilot, where he was able to pursue his passion for flying. He has lived in Hempstead for the last seven years after living in South Houston for many years.

He is survived by his children, Joyce M. Van Metre of Magnolia, Rick Ryan of Houston, Bill Ryan of Hempstead, Randy Ryan of Dale, Donna Hall of Pearland, and Bob Ryan of Brookshire; 11 grandchildren; numerous great grandchildren; as well as many other relatives. He was preceded in death by sons, Jimmy Ryan and Dennis Ryan; and his wife, Dolly Ryan.

The family will receive friends from 6:00 p.m. to 8:00 p.m. on Wednesday, January 29, 2020 at the Schmidt Funeral Home East Avenue Chapel, in Katy. Interment will be private at Forest Park Westheimer Cemetery.