Notification with the passing of retired Western/Delta pilot Captain Kenneth Jay Gunderson, age 67.  Captain Gunderson first joined Western Airlines 01-12-1987 and retired with Delta Air Lines, based SLC.  He is survived by his wife Mary, their children and grandchildren plus many other friends and family members.
To view the obituary online and share memories please visit the funeral home site at
https://www.larkinmortuary.com/obituary/kenneth-jay-gunderson/
Visitation and services for Captain Gunderson are planned for Saturday, February 15th at the LDS Chapel located at 2130 E. 10000 S. in Sandy, Utah.
For those wishing to send a personal note, whitepages lists the family residence address as
10059 S Altavilla Drive, Sandy UT 84092-4503.
Thank you,
~ Carol for the PCN 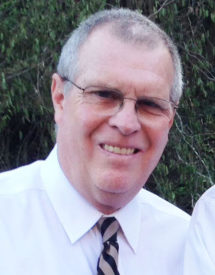 Obituary………………
Kenneth Jay Gunderson, 67, peacefully passed away at home on February 10th, 2020 in Sandy, UT. Ken was born April 30, 1952 to Kearn and Eleanor Oelke in Burbank, CA. After his father’s passing he was adopted by Lloyd Gunderson and raised by Lloyd and Eleanor in Northridge, CA. Ken graduated from Northridge High School and attended the University of Utah, where he graduated with a B.S. in Political Science in 1974. In college Ken was in the Navy ROTC and was an inaugural member of the University of Utah lacrosse team. After graduation, Ken was commissioned in the United States Navy and became a Naval Aviator. In 1976, Ken married the love of his life, Mary Harris, in the Salt Lake Temple. Ken served for 23 years as an aviator in the United States Navy, flying off aircraft carriers and serving in Operation Desert Storm. From 1993 to 1995 he served as the commanding officer of VR-57. He retired from the Navy as a Captain. Ken also had a successful 30-year career as a pilot for Delta Airlines. He retired from Delta as a Captain after serving as an assistant chief pilot, line check airman, flight instructor, and a member of the Delta Chairman’s Club.

Ken and Mary raised five sons and he was an exemplary husband, father, and grandfather, and is a hero to his family. He and Mary had many adventures together traveling the world and raising their boys. Ken spent countless hours with his sons riding bicycles, shooting guns, and goofing around. Beyond his family, Ken positively influenced hundreds of young men as a lacrosse coach at Jordan High School and Utah Valley University. As a scouter with the Boy Scouts of America he helped dozens of young men achieve their Eagle rank. He loved spending time in his garden, caring for his large vegetable patch, orchard, chickens, and honeybees. Ken’s persona was larger than life itself. He loved playful pranks and had an independent spirit. In all of his roles- as a father, a pilot, a coach, a church leader, or as a neighbor he sought to be a mentor and friend first. All aspects of Ken’s life shared a common thread, that of service to family, country, church and community.