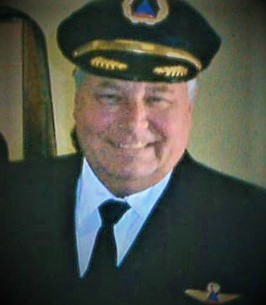 Words has reached us with the passing of retired Delta pilot Capt. Edward Frederick "Rick" Kasold Jr., age 71.  Captain Kasold joined Delta Air Lines 04-24-1978 and retired with Delta, based ATL/030.  He is survived by his wife Sharon plus their sons and grandsons.
Obituary information and a family photo gallery may be viewed online at
https://beachfuneralhome.com/book-of-memories/4103380/Kasold-Edward/index.php
Service arrangements are planned for February 14th and 15th as noted below, arrangements entrusted to Beach Funeral Home of Indian Harbour Beach, FL 32937
Perhaps the best contact for the family would be c/o son Ricky who is a pilot for Southwest Airlines, email Ricky at   rickkasold@gmail.com   For those wishing to send a personal note, whitepages lists the family residence as
1303 Etruscan Way # 118 , Satellite Beach, FL 32937.
Thank you,
~ Carol for the PCN

Obituary……………… EDWARD FREDERICK KASOLD, Jr. passed away peacefully on Sun., Feb. 9, 2020 following a brief illness. Fondly known as “Rick”, he was a ninth-generation descendant of Jacob Casel of Cronschwitz, Thuringia, Germany. Rick was born on Dec. 28, 1948 in Munich, Germany of American parents Edward and Louise Kasold.

Rick was baptized in Notre Dame Cathedral, Paris, France. He grew up an Army brat and lived throughout Germany and the U.S. He graduated from Mercy High School in Riverhead, NY. He received a B.S in Electrical Engineering and a M.S in Management from Rensselaer Polytechnic Institute, Troy, NY. While at Rensselaer, he earned a commission as a Second Lieutenant in the USAF.

He was a Brother in Zeta Psi Fraternity. In 1970 while at school in Troy, NY., he married his wife Sharon Bodnaryk of 49 years.

Rick graduated from Air Force Pilot Training and served in the USAF for over six years attaining the rank of Captain. In 1978, he started his commercial pilot career at Delta Airlines. After 26 years, he retired from Delta in 2004, as a Captain and Line-Check Pilot on the Boeing 767-400.

Rick is survived by his wife Sharon, his two sons Rick(Stacy) and Brian of Indian Harbour Beach, FL and three grandsons, Stefan, Gavin, and Braden. Also survived by two brothers, Bruce (Patricia) of Arlington, VA and Craig(Doris) of Tampa, FL.

Calling hours are from 4-6pm at Beach Funeral Homes - East on Friday February 14, with a funeral Mass at 11am on Saturday February 15, at Holy Name of Jesus a Roman Catholic Church A1A Indialantic, FL. Burial will immediately follow at St. Joseph Cemetery, Palm Bay, FL.