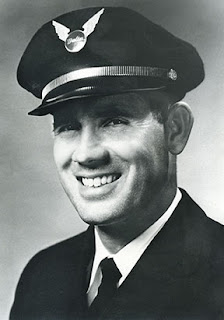 News has reached our group with the passing of Delta Golden Wings member retired Delta pilot Captain Jim Friedline, age 91.  Captain Friedline joined Delta Air Lines 12-03-1956 and retired with Delta in 1988, based ATL.  He is survived by his wife Barbara, their daughter Karen (Greg), plus grand- and great grandchildren.
Captain Friedline’s obituary news article may be viewed online at
http://www.pikecountygeorgia.com/archives/8054-Capt.R-James-Jim-Russell-Friedline.html
The funeral home’s announcement may be viewed at
https://www.hillcrestchapelcares.com/obituary/James-Friedline
For more of his airport information, please see  https://www.airnav.com/airport/GA73
Captain Friedline’s obituary notes that a Celebration of Life will be held at Shade Tree Airport in Williamson at a later date in June….time/date to be advised.  Questions/concerns may be directed to kstrelecki@mac.com
For those wishing to send a personal note, whitepages lists the family residence address as
437 Pine St., Madison, GA 30650  …  (770) 356-9417
Thank you,
~ Carol for the PCN

Jim embarked on his final flight west on Monday, February 10, 2020 at the age of 91. Surrounded by his loving family, he passed away at his home in Madison, GA.

Jim was preceded in death by his son Mark Brian Friedline, his brother Charles David and his parents Charles Walter and Mildred Ida Friedline.

Jim was born on July 28, 1928 in Carbondale, IL where he worked with his father building homes and commercial buildings. There he learned to fly alongside his best friend John Williams and started his traveling adventures as a pre-teen by hopping an Illinois Central rail car and riding the rails to Florida!

Jim and Barbara were married in 1948 and lived in Carbondale, IL until he enlisted in the U.S. Army and they moved to Fort Reilly, KS. Jim served as a Photo Interpreter during the Korean War, attaining the rank of Sergeant First Class. Upon his honorable discharge after nearly two years of active duty, Jim launched into his true passion - flying. After completing his flight school training in 1956 he began his commercial flying career as a Delta Airlines aviator, piloting a variety of aircraft including the DC-3, DC-8, and DC-10. After 32 years of service, he retired from Delta Airlines in 1988 with the rank of Captain. Thereafter, his chief hobby was refurbishing and flying antique aircraft. These planes included three PT-17 Stearman, a Fairchild Model 24 and a Waco Model YOC. With the help of like-minded friends and his son Mark, he completed several antique aircraft rebuilds at his private grass strip in Williamson, GA. Jim was renowned for his engine work, his ability to hand-stitch fabric aircraft wings and his impeccable attention to detail and is remembered for his kindness and generosity.

The family would like to acknowledge their deepest appreciation to the outstanding team of caregivers, extended family and friends who provided him compassion and love, especially during the last few years of his life. This list includes, but is not limited to: Elaine, Tina and Dollie Williams, Katrina Smith, Sandy and Steve Taylor, Jim and Nancy Ratliff, Allen and Berenda Thompson, the late Ron Alexander and his daughters Julie Alexander and Jane Alexander Smith and husband Rod, Chris and Holly Emery and their son Shaun Michael, Carroll Kent, Jacob and Taylor Biang, Chuck and Norma Sword, Larry and Joan Taylor, Regina Alexander, Johnnie Keith and Cathy Williams, Jimmy and Ruth Johnson, Stephanie Windham, Carrie and Spencer Gray and family, Roberta Block, Liza and Hunter Hilliard, Kate and JP Roberts, Paula and Dan Vaughn and so many more.

A Celebration of Life will be held at Shade Tree Airport in Williamson at a date and time in June to be determined and announced in the coming month.

In lieu of flowers, the family requests that you please send donations to the Candler Field Youth Aviation Program that Jim helped establish and continued to enthusiastically support. You may donate online at www.candlerfield.com/donatetickets, by phone at 770-467-8318 or by mail to Candler Field Museum, 349 Jonathan’s Roost Road, Williamson, GA 30292. Your tax-deductible donations will ensure that future generations of aircraft mechanics and pilots continue their education and enjoy the freedom of flight.