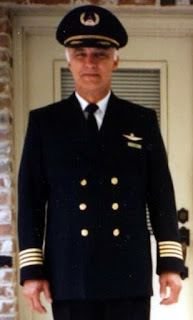 Notification with the passing of retired Delta pilot Captain Karl Dean Murphy, age 80.  Captain Murphy joined Delta Air Lines 08-15-1969 and was based HOU and DFW.  Widowed in May of 1984 with the passing of his wife Shirley, Captain Murphy is survived by their children and grandchildren plus many more extended family members.
To view the obituary online please visit
https://www.dignitymemorial.com/obituaries/greensboro-nc/karl-murphy-9038370
or at https://www.dignitymemorial.com/obituaries/conroe-tx/karl-murphy-9036138
Whitepages notes Captain Murphy’s most recent address as
9224 Deepwater Drive, Montgomery, TX 77356.
Please see service arrangements as noted in obituary below.
Thank you,
~ Carol for the PCN

Obituary………Karl Dean Murphy, age 80, of Montgomery, Texas passed away in his home, Wednesday, February 12, 2020.
Karl was born January 23, 1940 to John K Murphy and Helen (Lock) Murphy in Fredonia, Kansas. He grew up in Fredonia and graduated in 1958 from Fredonia High School. Karl graduated from Kansas State College of Pittsburg in 1962 with a B.S. in Mathematics. He joined the United States Air Force, attending Officer Training School, becoming a Lieutenant, and attending Flight School becoming a pilot for F-4 Phantoms and flew missions over North Vietnam in the mid to late 60's while he was stationed in Thailand. Among other accomplishments and recognition, he received the Silver Wings and the Air Medal Award during his service with the Air Force. After leaving the Air Force, Karl became a Pilot for Delta Airlines and was employed there, flying Boeing 727's for 25 years until his retirement in 1994. He resided in Miami, Florida for several years and near Houston, Texas for a major portion of his life. Karl was an auto mechanic and Classic Corvette enthusiast, and restored several cars over the years, including 1954, 1962 and 1971 Corvette models. Karl learned electrical wiring as a teenager, from his dad and was a Handyman and "Jack of all Trades". He loved mechanic and woodworking tools and did much of the construction and detail finishing for a home he lived in for 25 years in Magnolia, Texas. Karl loved boating and being on the water. He built his own small rowboat when he was a boy, and had a twin engine inboard as an adult which he loved to use on Lake Conroe. Karl was a Believer that Jesus Christ is the Living Son of God and is his Savior for Eternal Life.

Karl was preceded in death by his wife, Shirley (Frazier) Murphy and his parents.