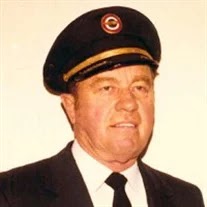 Notification with the passing of RNPA member retired Northwest pilot Capt. John Francis Klescz, age 93.  Captain Klescz joined Northwest Airlines 06-14-1943.  Widowed in June of 2000 with the passing of his wife Delphine, Captain Klescz is survived by his daughter plus many other friends and family members.
Obituary information below may also be viewed online at
https://www.washburn-mcreavy.com/obituaries/John-Klescz/#!/Obituary
Captain Klescz had most recently resided at 11431 Zion Rd.,  Minneapolis, MN 55437.
A Mass of Christian Burial for Captain Klescz will be held March 19th at
Church of St. Edward in Bloomington, Minnesota.
Thank you,
~ Carol for the PCN

Obituary……………. Klescz, John F.
John, age 93, passed away on March 1, 2020. John was born December 1, 1926 in St. Wendel, MN to August and Mary Klescz. He proudly served in the US Navy during World War II. During his 40 year career at Northwest Airlines he advanced from mechanic to crew chief, flight engineer, pilot and finally captain before retiring in 1987. After retirement he discovered his talent and passion for creating beautiful wood carvings. Fishing was also a joy (when he was lucky!). He volunteered at Bridging for many years where they welcomed his incredible handyman talents and skills. He loved watching the birds, deer and other wildlife from his kitchen table and enjoyed visits from friends and family, sharing stories.
John was preceded in death by wife, Delphine, son Rob and sisters Esther, Mary and Alma. He is survived by his daughter, Sheri, son-in-law Al, beloved granddaughter, Shelby, sisters Delores and Martha plus many nieces and nephews.
Mass of Christian Burial at 11:00AM with visitation one hour prior and luncheon to follow service on Thursday, March 19th at Church Of St. Edward, 9401 Nesbitt Avenue South, Bloomington, MN 55437.
Memorials preferred to Bridging and Second Harvest Food Heartland.
www.Washburn-McReavy.com Werness Brothers 952-884-8145