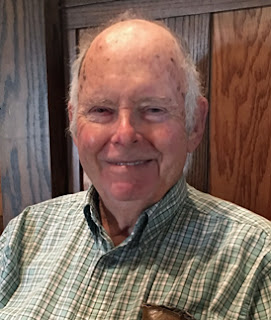 Notification with the passing of retired Western/Delta pilot Captain Robert Allen Pinkston, age 81.  Captain Pinkston joined Western Airlines 03-17-1969 and retired with Delta Air Lines, based 030/CVG.  He is survived by his wife Pat, his daughters and his grandchildren.
Obituary information may be viewed online at the funeral home website:
https://oconnellfuneralhomes.com/obituaries/robert-pinkston/
For those who may wish to send a personal note, whitepages lists the family residence as
2858 25th Ave.,  Spring Valley, WI 54767.
Thank you,
~ Carol for the PCN

Obituary………………..Robert Allen Pinkston, better known by the names of Bob or Pink to his family & friends, age 81, of Cady township in Spring Valley, WI formerly of Bruneau, ID, passed away at home on Wednesday, December 11th, 2019.  He was born to parents George & Elsie on February 19th, 1938 in Wendall, Idaho. Bob was a man of many talents & passions; the big three being fast cars, guitars and airplanes.  He attended the University of Idaho- Moscow before becoming a pilot in the U.S. Air Force. Bob was proud of his time in the military, & he was honorably discharged as a Captain in 1969. While chasing his loves of speed & six-strings, Bob still found the time to chase the love of his life, Patricia Strickland. The pair were wed in Idaho in 1961. From there, he went on to become a commercial pilot for Western Airlines, & later Delta Airlines, from which he retired. Even though his work required him to be away from home, Bob always made sure he had a spare dime in his pocket so he could call his bride when he landed. As much as Bob loved speed, he truly loved Pat & their girls, Kelli & Karla. He will always be remembered as an adventurous & dedicated husband, dad, grandpa & friend.

Bob will remain in the hearts of his beloved wife, Pat; his daughters, Kelli Gordon & Karla Pinkston; his grandchildren, Alex & Maddie Gordon; as well as many extended relatives, friends, & his family at Living Waters Christian Fellowship in Ellsworth. He is preceded in death by his parents, George & Elsie. A Memorial Service for Robert will be held at 2:00 PM, Friday, January 10th, 2020 at O’Connell Family Funeral Home, 1010 Newton St. Baldwin, WI, with a Visitation preceding the service from 1:00-2:00 PM.