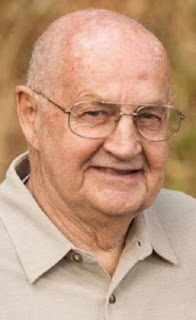 Notification with the passing of retired Western/Delta pilot Capt. Sammy Lee Frank, age 80.  Captain Frank joined Western Airlines 08-21-1967 and retired with Delta Air Lines in 1999, based 030/PDX at time of retirement.  He is survived by his wife Wanda, his children plus grand- and great grandchildren.
Obituary information is available online at
https://billingsgazette.com/lifestyles/announcements/obituaries/sammy-lee-frank/article_c4c0914d-d165-5356-9242-89e5805bc9c8.html
Obituary below notes that a Celebration of Life event will be held at a later date.
For those wishing to send a personal note, whitepages lists the family residence as
182 Silver Falls Dr SE , Silverton, OR 97381.
Thank you,
~ Carol for the PCN

Sam was born in Billings, Montana, on July 31, 1939. He graduated from Laurel High School in 1957 and attended Eastern Montana College. He joined the Navy, and in 1961, married Norma Frank; together, they had three children: Becky, Wendy, and Barry. After military service, Sam became a pilot with Western/Delta Airlines and flew throughout the US and internationally. On his days off, he enjoyed fishing, motorcycle riding, woodworking, and coaching Little League.

In 1981 Sam married Wanda Zweigart and adopted her children: Cindy, David, Cheryl, and Sheila. They lived in Billings for seven years before moving to her family farm in Oregon. When Sam retired from Delta, he became a CAD drafter, designing homes and serving with Habitat for Humanity. He enjoyed entertaining his grandkids on the farm.

A Celebration of Life will be scheduled in the future.