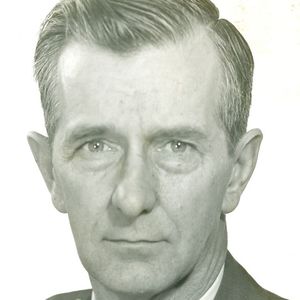 SCHUYLER, T. Crowell (Lt. Col. USAF, Retired) of Redington Beach, born May 2, 1921 in Boston, MA, passed away on June 27, 2012 at the Veteran's Administration Hospial at Bay Pines. He was 91 years old. He started his flying career as a pilot for Northeast Airlines. Lt. Col. Crowell served as an officer in the United States Air Force during WWII, the Korean Conflict and in Vietnam. He was a Senior Pilot and Senior Intell-egence Officer. He is survived by his loving wife, June Crowell; two sons; and two daughters; many step children; several grandchildren; and many extended family members, friends and loved ones. They will all sorely miss him. Services and burial will be held Sunday, July 1, 2012 at 9:30 am at Memorial Park Funeral Home and Cemetery, 5750 49th St N, St. Petersburg, FL 33709, 727-527-1196.
Published in the Tampa Bay Times on June 30, 2012
=============================
Lt. Col. Crowell’s military funeral may be viewed at
http://www.youtube.com/watch?v=sYzyBzTLv6g
Military funeral for Lieutenant Colonel Schuyler T. Crowell USAF Retired, July 1, 2012, Memorial Park Cemetery, 5750 49th Street North St. Petersburg, Florida. The flag draped casket, the flag meticulously folded twelve times by a the honor guards, the guards of honor firing three volley shots as a salute, the lone bugler playing taps while a "Final Salute" is given., the presentation of the flag to Mrs. Crowell, and then the presentation of the shell casings to Mrs. Crowell.
"Ma'am, on behalf of the President of the United States, the United States Air Force, and a grateful nation, please accept this flag as a symbol of our appreciation for your husband's honorable and faithful service in the United States military. Very sorry for your loss."
Posted by Unknown at 3:51 AM