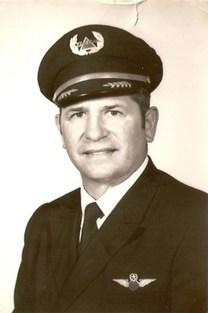 
To view/sign the online guestbook and to view the family photo gallery please visit the funeral home website at www.kirkseyfhmarion.com/ or http://www.legacy.com/obituaries/mcdowellnews/obituary.aspx?n=milton-huffman&pid=161894925#fbLoggedOut A memorial service was held for Captain Huffman yesterday December 22nd. Arrangements were entrusted to Kirksey Funeral Home located in Marion NC.


Milton is survived by his wife, Libby Cope, to whom he was married for 22+ years. His children are Jane-Ellen Huffman, Liz Ann Laub and husband Chad, Susan Murray Hext and husband Jeff, and Milton Huffman, Jr. His step children are Beth Shook and husband Garry, and Andrew Dockery. His grandchildren are Ashton and Colton Laub, Zachary, Duke and Georgia Hext, and Madison and Teddy Shook.


Milton was the last surviving child of 10 children born to James and Agnes Huffman from Hildebran, NC. After graduating from Mars Hill and Lenior-Rhyne Colleges, Milton joined the US Navy where he flew supply planes during the Korean War. Following his enlistment in the Navy, Milton joined Delta Air Lines where he flew for 26 years retiring as Captain. As an active member of the community, Milton touched many lives through his various charitable endeavors. He spent his free time tending the family farms, raising cattle, hunting and fishing. Milton had a passion for cooking and eating and spending time with family and friends. Milton will be greatly missed.

Dear Dave,
Not being too sure on how to notify the pilot group, so will pass it on to you and hope that you can help with notification of a retired pilots death.
My friend and neighbor, Herman Milton Huffman, passed away Thursday, 12-20-12. He had just gotten into his truck to return home from the cleaners. when found dead.
He was approx 84 years old and was hired at Delta approx 1956-58. His funeral will be at St. Johns episcopal church, Marion, N.C., 3:00 pm, Sat. 12-22-12. This is all the information that I have at this time.
Thanks
Carl J Clark