It is with heavy heart and much grief to announce that last week we lost a great man, a dear friend and our NAASF president, Chuck Wagner. Chuck worked hard for us for years, wearing many hats within our organization, serving as our President for the last 2 1/2 years. He will be missed by us all. His dream was to make NAASF popular again, to spread the word to get new members to join us at skiweek and above all see to it that NAASF lives on long after we are gone. His legacy and hard work will be difficult to follow, but I promise you I will continue the direction he was leading us in. As Vice President I'm expected to fill his position and will gladly do so to honor Chuck and his legacy. I will miss our practical jokes, our lighthearted banter and most of all our great friendship. He will live on in our hearts, he might be gone but will never be forgotten. My thoughts and prayers are with Linda and his family in this extremely difficult time. I would like to dedicate the 2015 season to Chuck and and ask that we all take part in celebrating his life, a journey that for him ended much to soon. Rest in peace my friend, and we will all work together to further the organization that you gave so much to.
-Are Johnson
----------------
http://www.parkrecord.com/summit_county-news/ci_26727477/cyclist-found-deceased-near-trailhead
Cyclist found deceased near trailhead
Local resident died of natural causes
Nan Chalat Noaker, The Park Record
Posted:   10/14/2014 05:19:55 PM 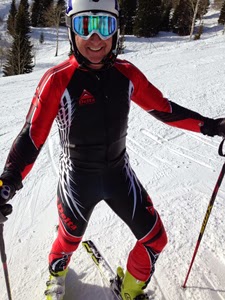 Friday afternoon, a group of roller skiers discovered a deceased man near the Highland Estates trailhead. His bicycle was nearby. According to the sheriff's report the skiers called for medical assistance but the victim was nonresponsive.
According to Summit County's Sheriff's Department Captain Justin Martinez, there was no indication of foul play. He identified the man as Park City resident Charles "Chuck" Wagner.
"We won't know the exact cause of death until we receive a report from the medical examiner's office," he said, adding, "In a situation like this we really feel for the family of this individual."
Wagner was a Delta pilot and president of the North American Airlines Ski Federation, a nonprofit that raises funds to support ski racing programs for juniors among other charities.................................
A memorial service will be held at the Park City Community Church, 4501 N. State Road 224, on Friday Oct. 17 at 11 a.m. 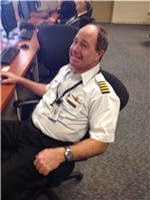 Notification with the passing of DL pilot Captain Charles Luther Wagner II, age 54.   Captain Wagner joined Delta Air Lines 11-19-1990.  The obituary posted online notes that services will be held this Friday October 17th in Park City UT.
To view/sign the online guestbook please visit http://www.legacy.com/obituaries/parkrecord/obituary.aspx?n=Chuck-Wagner&pid=172813822
Captain Wagner had most recently resided at
4882 E. Meadows Drive , Park City  UT 84098-5921  ...  (435) 645-8739
Should we receive more information we will be sure to update our memorial site at http://pcnflightwest.blogspot.com/
Thank you,
~ Carol for the PCN
Memorial blogspot   http://pcnflightwest.blogspot.com/
Obituary .............................
Chuck was a longtime resident of Park City, a United States Air Force veteran Captain, and a Delta Air Lines Captain, who had an absolute love of life. He is survived by his mother, Phylis Wagner, brother Brian Wagner, daughter Codi, son Bo, and fiancé Linda Sherry.
A celebration of life service will be held on Friday, Oct. 17, 2014 at 11:00 a.m. at the Park City Community United Methodist Church, 4501 N Hwy 224 Park City, Utah 84098.
In lieu of flowers, your kind donations towards a charity of your choice are appreciated.
.Published in The Park Record from Oct. 15 to Oct. 19, 2014


- See more at: http://www.legacy.com/obituaries/parkrecord/obituary.aspx?n=Chuck-Wagner&pid=172813822#sthash.OIwD8UaL.dpuf
Posted by Unknown at 5:19 AM