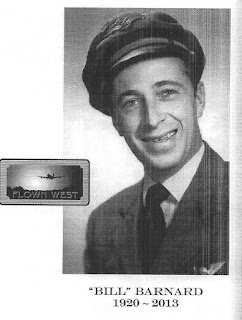 Updated with corrections:  Our thanks to family member Jennifer Barnard who writes us with corrections to our posting for RNPA member NWA Captain William A. Barnard who passed away in 2013.  A full obituary for Captain Barnard was published in the Feb. 2015 (page 59) issue of the RNPA magazine Contrails and can be viewed online at  https://issuu.com/contrails/docs/contrails_193  Jennifer writes that Captain Barnard was widowed (I believe in Oct. 2005) with the passing of his wife Frances M. Barnard.
Thank you, 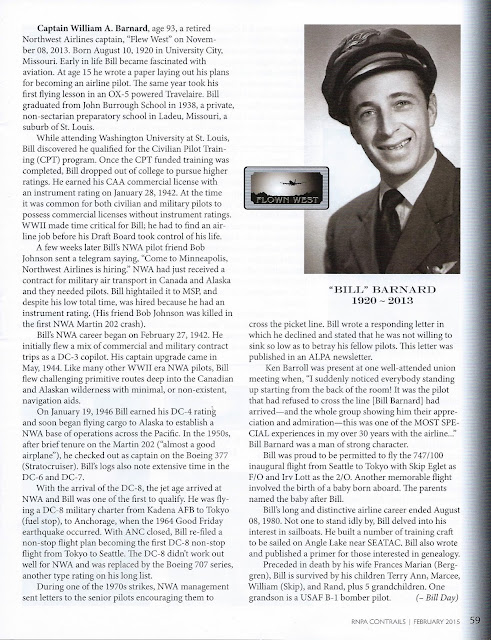 
Mary Alice Barnard Hasler ’34, preceded him in death.
Posted by Unknown at 6:09 AM