I wish to thank John and others for sharing the sad news of Pete's final flight west.  Note: Services are tomorrow Oct 20th, 2016 at 5:30 PM (see below for more information). 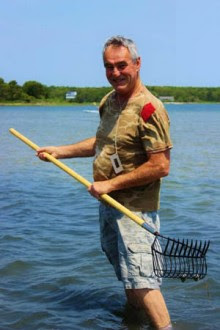 Robert "Pete" Hayden, 68
FALMOUTH - Robert “Pete” Hayden, 68, of Falmouth, MA passed away on Tuesday, October 11, 2016.
Pete was an incredible father, partner, friend, co-worker and helper to so many. We are devastated by the unexpected loss of such a warm and giving man, but comforted by the thousands of stories of love, adventure, support and laughter experienced with Pete over the years. He died doing what he loved best in the place he loved most.
Pete was born in Brockton, MA to Dorothy “Dolly” Hayden, Executive Director of Housekeeping at Falmouth Hospital from 1963-1983, and Russell P. Hayden, a World War II veteran who moved the family down to Falmouth. Pete cherished growing up in Falmouth – building hydroplane boats, fishing, clamming, waterskiing, making life-long friends, riding his first motorcycle, and taking apart and putting back together every mechanical thing he could find! Otis Air Force Base inspired his early love of flying, and he took his first flying lessons during his senior year of high school at the Falmouth Airport. He graduated from Lawrence High School, class of 1966.
His love of exploration, engineering and airplanes – along with encouragement from his mom to never give up his dreams – led him to Northrop University in Inglewood, CA where he graduated in 1970 with a Bachelor’s degree in Aircraft Maintenance Engineering and his FAA A&P mechanics license. He honorably served in the U.S. Air Force from 1971-1979 as a C-130 pilot during the Vietnam War, and was also based out of Taiwan, Texas, North Carolina and the UK. Pete then moved to Arlington, Texas and joined Delta Airlines as a pilot from 1979 to his retirement in 2005. But, if you know Pete, he wasn’t done flying! After “retirement,” he also piloted for Clipper Connection (Pan Am) from 2010-2014, Roush-Fenway Racing (NASCAR) and Nygard International.
In 2001, Pete came back to Falmouth for his 35th reunion and fell in love again with his hometown. He moved from Texas back to Falmouth and dove back into reuniting with old friends, studying local history, researching genealogy, clamming and quahogging, boating, rebuilding cars, riding his Harley Davison and beloved British Triumph with friends, and more! At his 45 th high school reunion, Pete reconnected with a former classmate, Rosalind Garcia Edwards, and they fell in love. Pete said he had finally found his soulmate – the last five years with “Roz” were some of the best and most comforting of his life. And, as everyone knows, Pete also just loved taking care of people – he had a deep servant’s heart and would give the shirt off his back to help friends and strangers with anything they needed. Thousands of people from all over the world have encountered “Pete the Pilot’s” sacrificial generosity, spontaneous support, helpful knowledge, love of history, story-telling, jokes, sweet smile, kind eyes, and strong and capable hands.
Pete was especially proud of his family. In addition to his partner, Rosalind Garcia Edwards, Pete is survived by his eldest daughter, Christa Hayden Sharpe of Washington D.C. and her husband, Ben, and their soon-to- arrive son; his only son, Stephen P. Hayden of San Jose, CA and his wife, Kathleen; his youngest daughter, Allison C. Hayden of Arlington, TX and her two children Cade and Kyle; and his brother, Richard P. Hayden of Bradenton, FL. Pete is also survived by Rosalind’s children and grandchildren, as well as three step-children from a previous marriage, Lori M. Kaumeyer of Murfreesboro, TN; Shelley A. Amason of Franklin; and John R. Rabozzi of Arlington, TX; as well as their spouses and children. Pete loved visiting his family all over the U.S. and the world, playing with his grandkids, giving advice, talking about history, helping fix houses and rebuild cars, and hearing about all their adventures. His children and grandchildren will deeply miss him, but our dad and grandpa will be close to us as we carry on his legacy of generosity, adventure, story-telling, learning and more.

On Thursday, October 20, Pete’s family and friends will gather in Falmouth, MA to celebrate his life and friendship. Please join us at 5:30pm at Menauhant Beach (on the pond side of the parking lot), Pete’s favorite quahogging site, for a reflective ceremony (although not too serious, as Pete requested!). We will then gather at 7:00pm for a reception to share stories, laughter, comfort and dinner at the School House Green Common Room, 100 Teaticket Hwy, Bldg 2. Please bring your favorite story, memory or photo of Pete to share with others. For details call his daughter, Christa (202.702.4504) with any questions.
For online guestbook, obituary and directions, visit www.ccgfuneralhome.com

Robert P. Hayden, 68, of East Falmouth died as a result of a motorcycle crash on Gifford Street Tuesday afternoon, October 11.
The accident occurred in the 500 block of Gifford Street and involved a dump truck.
According to his personal Facebook page, Mr. Hayden was a graduate of Lawrence High School and was an airline captain for Delta Airways. Friends and family members have been posting memories and tributes to Mr. Hayden’s page in the days since his death.
A portion of Gifford Street between the intersection of Brick Kiln Road and the Falmouth Service Center was closed until about 8 PM Tuesday, Falmouth Police Lieutenant Douglas M. DeCosta said.


The accident is being investigated by the Massachusetts State Police Collision Analysis & Reconstruction Section. Requests for a report outlining what caused the accident were not returned.