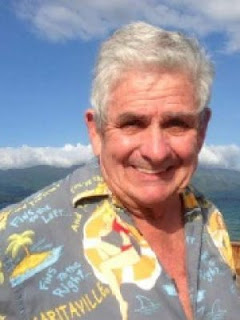 The obituary may still be viewed online at https://www.mullinsmemorial.com/obituaries/ronald-guy-gilmore/337
Obituary.............................
RONALD GUY GILMORE
Ronald “Ron” Guy Gilmore, 74, a Lee County resident for the past ten years, formerly of Washington State, passed away on Saturday, June 13, 2015 in Cape Coral, Florida.  He was born June 14, 1940 in Los Angeles, California to Guy and Vera Gilmore, now deceased.
Ron learned to fly at the age of 16, and left college to pursue his dream of being a naval aviator. He initially flew rotor craft based out of Ventura, California. As a young pilot he experienced engine failure while flying an H-34 helicopter near the coast of California. Ron managed to land safely in Point Mugu Cemetery by accomplishing a difficult crash landing using auto-rotation. Shortly thereafter, he switched to flying fixed wing aircraft, flying the WC-121 Super Constellation for the “Typhoon Trackers”. He flew out of Guam and Chu Lai during the Vietnam War, flying weather reconnaissance for the campaign. In 1969 he flew weather recon for the Apollo 11 recovery mission, and was one of the first human beings to welcome our US astronauts back to Earth from their lunar journey.
A recipient of two Air Medals, Ron was honorably discharged at the rank of Lieutenant. Afterwards he then pursued a career as a commercial airline pilot with Western Airlines. He continued his career after Western was acquired by Delta Airlines, flying for decades until his retirement. Ron had a lifelong passion for the sea, and loved to pilot diesel power yachts.
He is survived by two loving children, Tiffany Gilmore of San Diego, California, and Robin Deetz (with husband Jeff) of Bedford, Texas; five loving grandchildren, Chris, Jasmine, Maddison, Eddie, and Lily.
Monetary Memorial Contributions in memory of Ronald “Ron” Guy Gilmore are suggested to help the family pay for funeral expenses, c/o Mullins Memorial, 1056 NE 7th Terrace, Cape Coral, FL 33909.