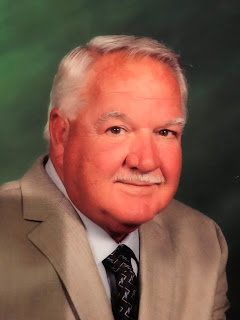 Our group has received notice with the passing of retired pilot S/O Murphy Timothy Gill, age 67.  Available roster information indicates that Murphy began his commercial flying career with National/Pan Am 02/02/1969 and retired with Delta Air Lines in 1999 as S/O based ATL/030.
To view the online obituary and sine the guestbook please visit the funeral home website at http://baldwincremation.com/obituaries/murphy-timothy-gill/  Survived by his wife Cathy, personal condolences may be sent to the family at
769 Sterling Chase Drive, Port Orange FL 32128-7000  ...  (386) 304-5120.
Memorial services will be held at a later date and posted when known.
Thank you,
~ Carol for the PCN
From: Steve Mills   Sent: Wednesday, March 08, 2017 9:43 AM    Subject: Sad News-NAL/PAA/DAL Flight Engineer Murphy T. Gill
-IN MEMORY-
NAL/PAA/DAL Flight Engineer/Second Officer Murphy T. Gill
DOB Dec 1, 1949     DOH Oct 9, 1978     DOD March 2, 2017
Murphy fought a very aggressive disease courageously and with strong determination. He was a good friend for many years and will be missed. I will send out the date of the Celebration of Life when plans are finalized. Condolences may be mailed to Murphy's wife Cathy at 769 Sterling Chase Drive, Port Orange, FL 32128.
http://baldwincremation.com/obituaries/murphy-timothy-gill/
In loving memory of Murphy Timothy Gill
December 01, 1949 - March 02, 2017
Obituary........................
Murphy Timothy Gill, 67, of Port Orange, Florida, loving husband, father and friend, passed away on March 2, 2017 at the Halifax Health Hospice – Port Orange Care Center. He was born on December 1, 1949 in Hammond, Louisiana to the late Murphy Kennedy Gill and Mary Guthrie Gill.  He is survived by his loving wife, Cathy Gill, his daughter, Deanna Springer, son-in-law, Peter Springer, grandson, Peter K. Springer and daughter, Nancy Gill. He was a 1967 graduate of Seabreeze High School and a graduate of Embry-Riddle Aeronautical University. He worked as a Flight Engineer for National, Pan Am, and then Delta Airlines. He was an avid golfer and a member of the Cypress Head Men’s Golf Association.  He will be greatly missed. Arrangements are in the care and trust of Baldwin Brothers Funeral and Cremation Society, Port Orange, Florida.  A celebration of life is being planned for a later date and will be posted on their website.
Posted by death at 2:09 PM