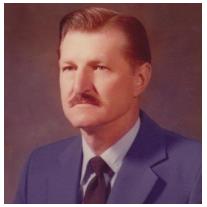 Word has reached us with the passing of WWII veteran retired pilot Captain Alfred ‘Al’ Klein, age 94.  Captain Klein’s obituary indicates he flew for Empire, West Coast (hire date 06-10-1950), Air West, Hughes Air West, and Republic Airlines.  Captain Klein was widowed in October 2015 with the passing of his wife Opal....both obituaries appear below.  To view/sign the online guestbook for Captain Klein, please visit the funeral home website at  http://www.cloverdalefuneralhome.com/tributes/Alfred-Klein
Services are planned for this Thursday March 9th in Idaho with viewing tomorrow evening at Cloverdale Funeral Home located in Boise.
Thank you,
~ Carol for the PCN
Obituaries......................................
Alfred Rogers Klein, 94, died  March 3, 2017, at The Meadows Assisted Living in Meridian, Idaho.
Viewing is Wednesday, March 8, from 5 – 7 p.m.
Funeral service is Thursday, March 9, at 10:30 a.m. Both viewing and service will be at Cloverdale Funeral Home Boise, Idaho.
Private interment will be at Dry Creek Cemetery.
Alfred was born in Streator, Illinois, in 1922. Al graduated from Streator High School. He worked with his father, Frank Klein, on the farm and assisted his father who was a veterinarian. During WWII Alfred flew B-24 bombers in the Pacific Theater with the 307th Bombardment Group, “The Long Rangers”, from 1942 to 1946. After WWII ended Alfred married Opal I. Coleman. They lived in Boise, Idaho. Al became a commercial pilot. He flew for Empire, West Coast, Air West, Hughes Air West, and Republic Airlines during his career. Al was Director of Flight Training for Hughes Air West. Alfred traveled to many countries and across the U.S.A. He enjoyed traveling, hunting, fishing, skiing, snowmobiling, wood working, cooking, learning, and reading. Al professed Jesus Christ as Savior and Lord. He read his Bible daily and gave God praise for all. After 70 years of marriage in October 2015 Alfred was preceded in death by his wife, Opal. Al leaves behind his children: Robert (Nancy) Klein and John (Ruth) Klein, and his grandchildren: Craig, Chad, and Scot (Valerie), and Al’s great grandchildren: Owen, Ashton, Ellektra, and Havana.
Funeral Services  on Thursday, March 9th, 10:30 AM,  Cloverdale Funeral Home in Boise.
~~~~~~~~~~~~~~~
Opal Ines Klein 1921 – 2015
Opal Ines Klein, age 94, was born in Caldwell, Idaho. She attended Caldwell High School and later attended beauty school in Nampa, Idaho. Opal was a beautician at the Hotel Boise. Opal loved the outdoors and traveling with her husband around the world. She would often reminisce about her many skiing trips and could be seen watching a variety of western movies. Opal met her Husband to be, Alfred, at a military dance in Boise, Idaho, while Alfred was stationed here for training prior to leaving for operations in the Pacific during World War II. Opal later married Alfred Klein after his return from World War II in 1945. Opal and Alfred recently celebrated their 70th wedding anniversary in August 2015. Opal leaves behind her husband Alfred Klein, children Robert (Nancy) Klein, and John (Ruth) Klein. And her grandchildren; Craig, Chad, Scot and his wife Valerie. Opal also leaves several great grandchildren who include Ashton, Owen, Ellektra, and Havana. Opal died in her Boise home on October 10, 2015. Services will be held at Cloverdale Funeral Home on Thursday October 15, 2015 @ 10:30am. Opal was a light and disciple of Jesus Christ and she will be truly missed by all who knew her.