HAWKINS, W. Whitley "Whit" W. Whitley "Whit" Hawkins, 85, of Marco Island, FL died July 20, 2017. Born in Versailles, KY, to the late Clinton Whitley and Elizabeth Jefferson Cockrell he spent his elementary and high school years in Mt. Sterling, KY. Whit attended Centre College at Danville, KY and the University of Kentucky at Lexington. He served four years in the U.S. Navy during the Korean War, most of that time as an air traffic controller at the U.S. Naval Air Development Center in Johnsville, PA. He joined Delta Air Lines as a Transportation Agent in Lexington, KY in March of 1955. His career at Delta included assignments as a Sales Representative in Birmingham, AL and Louisville, KY before moving to Delta's headquarters in Atlanta, GA where he served in a number of positions including Regional Sales Manager, Director of Advertising, General Manager of Passenger Sales, Director of Sales, Assistant Vice President-Marketing, Vice President-Marketing, Sr. Vice President-Marketing, Executive Vice President-Marketing and Stations. Whit retired from Delta on March 1, 1993 as President and Chief Operating Officer. While at Delta, Whit's most cherished achievements include the much celebrated merger with Western Airlines; the title, creation, and development of the Delta Connection program; development of the Worldspan computer system; acquisition of the Pan American's shuttle and North Atlantic routes. Following his retirement from Delta, Whit established his own consulting firm, Hawkins-Bricker International, specializing in marketing, management and product development. In October of 1993 he established HBI Inc. manufacturer of chemical coatings for a wide range of industries, now operated by his eldest son. Whit also served on the board of Directors of Questar Corporation, Salt Lake City, UT and on the Advisory Council of SunTrust Corporation, Atlanta, GA. Whit and Betty Lou Bricker were married in 1953. They have three children, six grandchildren and one great grandson. Whit will be dearly missed. He is survived by his devoted wife of 64 years, Betty; son, W. Whitley "Skip" (Pamela) Hawkins, Jr. of Smyrna, GA; son, Jeffrey Hunt Hawkins of Albany, GA; daughter, Tracy Lyn Hawkins of Panama City Beach, FL; daughter-in-law, Jan Hawkins; grandchildren, W. Whitley Hawkins, III, Rebecca Hawkins, Clinton Hawkins, Ashley Nestale, Eric Nestale, Sarah Catherine Hawkins; and great grandson, W. Whitley Hawkins, IV. No services are scheduled. For online condolences visit www.FullerNaples.com 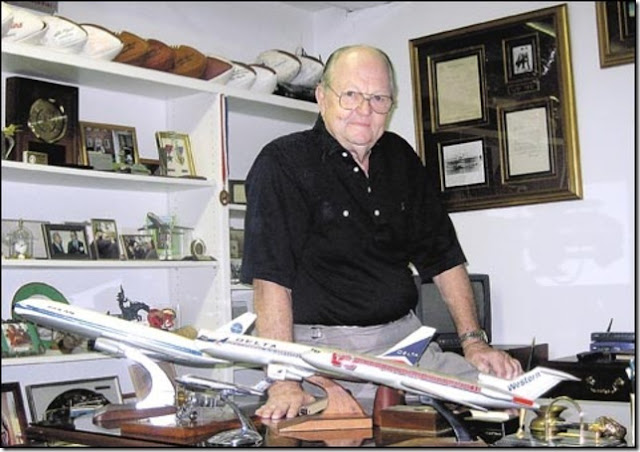 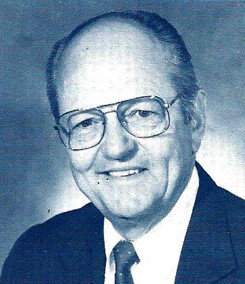 News has reached us with the passing of retired Delta Air Lines leader Whit Hawkins, age 85.
No services are planned...please see family notes below.
Personal condolences may be sent to the Hawkins family at
1801 Olds Court , Marco Island, FL 34145-5967.
If we hear more we will be sure to pass that information along.
Thank you,
~ Carol for the PCN
------------------
The passing of Whit Hawkins: Delta Atlanta fellow employee, manager, leader, and architect of the Delta we know. Member of the Board of Directors, friend and believer in Delta Air Lines.
Sad news indeed.....
This message received from Jeff Hawkins.
It is with great sadness to share with you that my dad, Whit, passed away very peacefully this ... morning (Thursday) at 9:30. My sister, Tracy and my mom were with him. He requested that no funeral services be held and we are respecting that. The family appreciated all the kind notes, e-mails and prayers offered. All the Delta family and his friends meant a great deal to him.
In lieu of flowers we request that donations be made to Whit's favorite charity - The Shriner's Hospital.
God bless.
Address for condolences:  The Hawkins Family 1801 Olds Court , Marco Island, FL 34145-5967
-------------------
Sent: Friday, July 21, 2017 11:59 AM  Subject: The Passing of Whit Hawkins
The Passing of Whit Hawkins
Marketing Alumni ...

Received this today from many, coping an email from Betty, the wife of Whit Hawkins, former president and chief operating officer of  Delta Air Lines.  He served in that position until his retirement in 1993.

A note from his wife, Betty:

Wanted you to know plans have changed.  Yesterday instead of taking Whit to Barrington, I took him to the emergency room as he had taken a turn for the worse and Barrington suggested we do this.  After several tests and a CAT scan the doctor told me the scan showed he had a massive malignant cancer on the brain.  I said what do I do now?  He said we have hospice here in the hospital and they have a room available.

Whit is now in hospice resting comfortably as they gave him a morphine shot last night at 8pm to ease the pain he was in.

For all of you who have asked, I am doing fine.  I have a friend who stayed with me all day yesterday and spent the night with me in case the hospital would call.  Today I will head up to the hospital and stay with Whit.  Our daughter is on her way down here now and will meet me at the hospital.

Thank you again for all your prayers and well wishes.  Will keep you informed.