~ IN MEMORY ~
USAF veteran, NWA Capt. W. Lee Bradshaw Jr.
December 17, 1933 ~ July 27, 2017
Word has reached our group with the passing of RNPA member retired Northwest pilot Captain Winthrop Lee Bradshaw Jr., age 83.  He is survived by his children, grand and great grandchildren.  Captain Bradshaw joined Northwest Airlines 10-30-1958.  He had most recently resided in Forest Lake MN.  Online memories may be shared on the funeral home website at http://www.mattsonfuneralhome.com/  A celebration of his life will be held August 26th at 11:00 AM, at the Red Wing Soaring Association hanger located at the Osceola WI airport.
Thank you,
~ Carol for the PCN
From: RNPA News Sent: Sunday, July 30, 2017 6:45 PM  Subject: RNPA News: Lee Bradshaw Has Flown West. 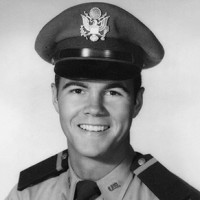 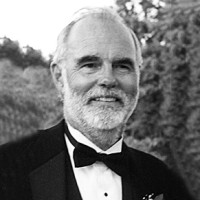 ·
Bradshaw, Winthrop Lee Jr. Age 83 of Columbus and Forest Lake, passed away peacefully of old age on July 27th, 2017. Captain Lee has made his final departure to points unknown. He was well known and respected throughout the aviation community, which was such a big part of his life. Lee was born on December 17, 1933 to Lee Sr. and Billie Yates in Maryland, and was close to his step-father, Emerson Phillips. He joined the USAF in 1951 and left as an aviation cadet in 1955, and then went to Parks College of Aeronautical Technology in St. Louis and graduated in 1958 with a BS in Aircraft Maintenance Engineering. Lee was hired by Northwest Airlines in October 1958 and moved to Minnesota, and lived here ever since. In 1974, while flying a Pitts Special biplane doing aerobatics at an airshow, Lee had a terrible crash and was informed he wouldn't walk again, much less fly. In a very determined way, he proved them wrong. Starting with gliding, he worked his way back to the captain's seat and finished his career with Northwest, flying 747's on routes such as the Orient and back, retiring in 1993 after 35 years. Lee shared his passion of flying with others by founding St. Croix Sport Aviation, teaching and giving rides in gliders, seaplanes, aerobatic aircraft, taildraggers, gyroplanes, and balloons. He could fly just about anything and held all seven FAA instructor's ratings at one time, and was also a FAA examiner. Lee was generous with his knowledge and skill, influencing many people throughout his aviation career, even teaching his children to fly gliders. Along with flying, Lee loved travel. This included flying his own plane all over America from Alaska to Maine, down to Florida, and many times to Paducah KY. He has been to all seven continents, including flying over the outback in Australia, an African safari, and 2 trips to Antarctica. If he could, he would pitch a tent or sleep in a hanger, rather than a hotel. He loved the outdoors almost as much as flying. He brought his children camping from a young age on, and has made about 75 trips to the BWCA. He could paddle and steer a canoe quite proficiently, and portage with the best of them. He would often go to his land near Mora just to sit by the campfire and read, many times sleeping out under the stars (or in the snow). Being an avid reader, Lee had an extensive library heavy in aviation and war. He knew that history well, and often remarked being born on the anniversary of the Wright Brothers first flight. He taught himself Spanish, and liked listening to music, cranking up the Boston Pops and whistling along. He played the harmonica. Lee said at one point that he has no room for "what he hasn't done" or "wished I did", which is "the way it should be!" (He pointed out that he may have skipped the airshow.) Survived by children, Madonna, Rebecca (Bob), Martin, Susanna (Sean), Gregory, Christopher (Marta), Nicholas, numerous grandchildren and great-grandchildren, and brothers, Bane and Jim Phillips. Preceded in death by sons, Phillip, Douglas, and Andrew. A celebration of his life will be held on August 26th at the Red Wing Soaring Association hanger located at the Osceola WI airport, starting at 11 am. Let's share some food and stories about Lee, and if the weather is good maybe get some gliding and flying in. Mattson Funeral Home and Cremation Services 651-464-3556 mattsonfuneralhome.com
Published on July 29, 2017
Posted by death at 1:43 PM