Obituary for Captain Tynan below ...services are pending.....
~ Carol for the PCN 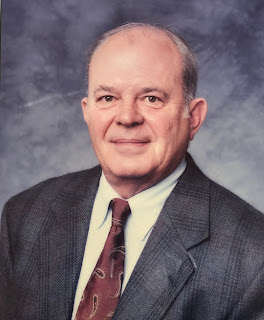 Born in El Paso, Texas, the eldest son of Betty C. Tynan and Martin F. Tynan, Sr. Soon after his birth, Marty’s Mother returned to San Luis Potosi, Mexico where his Father was a Manager for Mines for America Smelting and Refining Company.

Marty’s early education was Home Schooling until the age of twelve when he was sent to New York and Pelham School.

Marty attended and graduated high school at the St. Edwards Military Academy in Texas. He spent his freshman year of college at the University of Arizona. After one year of college, he then enlisted into the Army and spent two years with 21st Infantry Division as a forward observer for a heavy mortar outfit fighting in the Korean War.

Upon returning to El Paso after the war, Marty enrolled at Texas Western (UTEP) and completed a Bachelor’s Degree in Education. During this time he worked for American Airlines as a Fleet and Cabin Service Agent during days and attended school during the nights. Three months prior to his graduation he met his future wife to be, an American Airlines Stewardess named Mary Sue Anderson. After a short courtship they married in June of 1963. Marty moved to Los Angeles and continued working for American until August 1963 when he became a High School teacher and Junior Varsity baseball coach at South Torrance High School.

The airlines were not hiring at this time, but he continued to fly earning his Commercial and Instrument Tickets.

Finally in 1966, Marty applied to Western Airlines and was invited to join them for the Lockheed Electra Class commencing on May 16, 1966. Two years’ probation for all new hires and finally the third year meant flying a regular schedule and continued to move up to other aircraft.

Marty became interested with union and contract negotiating and he was elected co-pilot representative for council 16 in LAX.

While greeting a senior pilot on his last flight, Marty was struck by the fact that there was no retirement organization in place for retirees. Knowing that in a period of 25 years or so he would be retiring too, he went to the MEC Chairman and asked if he could gather the retired pilots together to see if there was any interest, and there was a resounding yes. Hence, the Silver Chiefs of Western Airlines was formed, and continues to this day.

Marty continued with the Union work and was elected MEC Chairman in 1975, the first co-pilot to receive this honor. Doing union work and continuing to upgrade to new aircraft and finally becoming a Captain, every pilot’s dream. Marty left office in 1980 prior to the Western-Delta merger and continued to fly his trips and loving every moment of flying the line.

Never to be idle for very long, he became involved with his community Little League, first as a manager and then President of the league.

Continued his support of the Silver Chiefs and playing golf at the Palos Verdes Golf Club finally relaxing and enjoying life.

He leaves his wife, Mary Sue of 54 years, a daughter Kristin of Escondido, and son Thomas of Palm Desert, a sister Mary Tynan Willis of Dallas Texas. He was pre-deceased by his brother Michael.
Services are pending. 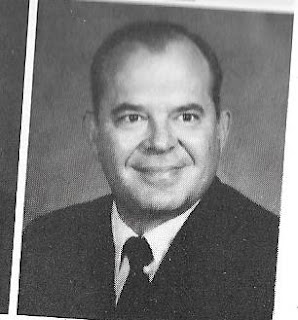 Word has reached our group with the passing of retired Western/Delta pilot Captain Martin Francis Tynan Jr., age 82.  Captain Tynan joined Western Airlines 05-16-1966 and retired with Delta Air Lines, based Los Angeles.  He is survived by his wife Mary Sue.  Arrangements are not yet known but memories and condolences may be shared online by clicking on one of these links:
http://www.legacy.com/obituaries/name/martin-tynan-jr.-obituary?pid=187750665
or
http://obits.dignitymemorial.com/dignity-memorial/obituary.aspx?n=Martin-Tynan+Jr.&lc=1253&pid=187750665&mid=7711173
or
http://weaver-mort-cmt.tributes.com/dignitymemorial/obituary/Martin-Francis-Tynan-105681533
Arrangements are under the direction of Weaver Mortuary, Beaumont, CA.
As more information is received we will be sure to pass it along.
Thank you,
~ Carol for the PCN
-----Original Message-----
From: S.K. FRANKS Sent: Saturday, December 30, 2017 1:12 PM
Subject: WAL/DAL Captain Martin F Tynan
WAL/DAL Captain Marty Tynan took his final flight west this morning  [Saturday 30 Dec 2017] from undetermined causes at this point.  More information will be forthcoming in the next few days.  Please do not contact the family at this time.
If  you have any questions, contact me at the email below and I will respond this evening when I return.
Thanks,
Stan Franks


skanks@verizon.net
Posted by death at 11:06 AM