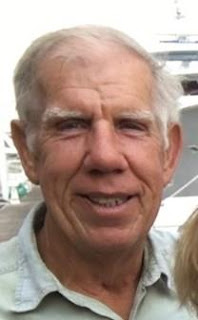 Notification with the passing of retired North Central/Northwest pilot Captain Tom Irlbeck, age 74.  Obituary below notes that Captain Irlbeck joined North Central Airlines in 1972 and retired with Northwest Airlines in 1996.
To view the obituary online please visit
https://www.legacy.com/obituaries/news-press/obituary.aspx?n=thomas-henry-irlbeck&pid=188787705&fhid=32232
also at  http://www.legacy.com/obituaries/national-cremation/obituary.aspx?n=THOMAS-IRLBECK&lc=5476&pid=188777088&mid=7824321
Friends and family will join in the celebration of Tom's life today Saturday, April 21st from 5PM-7PM at the EAA Building, Page Field Airport, Fort Myers, Florida.
Thank you,
~ Carol for the PCN
Obituary.......................Thomas Henry Irlbeck
Tom Irlbeck left this world suddenly on April 14th, 2018. He was 74 years old, was in good health and spirit, and lived a full life in Cape Coral, FL and Bayport, MN. Tom will be greatly missed by his beloved wife of 48 years Katy, and his two sons, Jon "Nancy" of Sciota, PA, Kevin "Gina" of Stillwater, MN. Tom was a loving grandfather to his five grandchildren, Michael, Emily, Avery, Mya, and Wyatt. He is also survived by his four siblings, Bob " Sonya" of White Bear Lake, MN; Gloria " Gary" of Chisago City, MN; Paul "Cathy" of Wabasha, MN; and Angie Retka of Inver Grove Heights, MN; along with several nieces and nephews. Born on May 31st, 1943, in Hinckley, Minnesota, he was the son of the late Henry and Gladys (Lieberg) Irlbeck. Tom grew up in St. Paul, MN where he attended Edgerton Elementary and St. Jerome Catholic School. He engaged in numerous youthful adventures: camping outside during snow storms, playing cowboys and Indians, and loved to sail his homemade family toboggan. Tom was very close to his father and brothers, and they experienced many fond memories hunting together at the family camp in Sandstone, MN and fishing on Caribou Lake in Northern Minnesota. Tom attended Roseville High School, formerly known as Alexander Ramsay, where he was involved in track, cross country running, and gymnastics. He started flying airplanes in high school, soloed at age 16, and also learned to fly a float plane. In 1964 after two years of college at the University of Minnesota, Tom joined the Navy under the Naval Aviation Cadet program and served six years flying the F-4 Phantom. He was stationed on the USS Enterprise and flew combat missions into Vietnam with the fighter squadron VF-92. After returning to San Diego, he was invited to join the newly formed Fighter Weapons School as an instructor, this school was later renamed Top Gun. During his time in San Diego, Tom met Katy Carlson. They eventually married, settled in Somerset, WI and had two sons. Tom left the Navy in 1970, and began his career as an airline pilot with North Central Airlines in 1972 as a Convair 580 First Officer. As his sons were growing up, Tom volunteered with the Boy Scouts, taught his older son to fly, and assisted his younger son by volunteering for the Somerset Youth Hockey Association. After 26 years with the airlines, he retired in 1996 as an Airbus A320 Captain for Northwest Airlines. Following his retirement, Tom spent the next two years building a Vans RV-8 airplane. He and Katy began spending winters in Florida where they established many fond friendships and enjoyed boating together. Also in Florida, Tom also became involved with the Experimental Aircraft Association's Young Eagles Program where he shared his passion for flying. In 2012 Tom began flying gliders, in both Wisconsin and Florida. He obtained both his commercial and instructor glider ratings and was well regarded for advancing safety procedures.
Tom was a beloved husband, father, grandfather, brother, uncle, and true friend, who will be dearly missed by all those whose lives he touched. Friends and family are welcome to come and celebrate Tom's life on Saturday, April 21st from 5pm-7pm at the EAA Building, Page Field Airport, Fort Myers, Florida. In lieu of flowers, donations may be made to the EAA Chapter 66 Hanger Fund, C/O: EAA Chapter 66, P. O. Box 60204, Fort Myers, FL 33906.