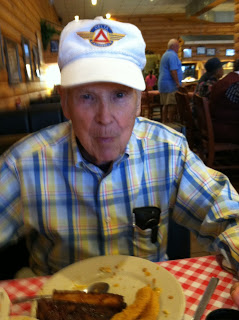 Courtney Lundquist was born in Boston on January 19, 1929 the son of John E  and Ebba (Soderlund) Lundquist of Arlington, MA. Both parents were born in Sweden.

Courtney served in the 24th infantry while serving in the Army of Occupation in Japan, after graduating from Arlington High School.

After being discharged from the Army , Courtney attended Boston University in conjunction with New England Aircraft School.

Court bought Winnipesaukee Airlines out of Laconia, NH flying Navaho aircraft to Boston and to the islands on Lake Winnipesaukee in his Republic See Bee.  He loved the Volmer Amphibian he built Lil Yellowbird.  He commuted to his home in Melvin Village in both his amphibious aircraft.

After retirement in 1989 from Delta flying international on the L-1011, Court joined the airshow flying vintage aircraft all over the United States and Canada,  with the Memphis Bells (movie B-17) B-24, B-25 and also the C-47.

Court was a proud member of the Delta Pioneers, Quiet Birdmen,  Yellowbird and the Experimental  Aircraft Association.

Courtney leaves behind his wife of 41 years BrendaJane (b j) Lundquist, his sister Merna Tontat (Niem) of Chesterfield, VA, his brother Wesley J Lundquist (Judi)  and 2 nieces Kelly and Kristina and nephew Erik and 5 Grandnephews and one Grandniece

Private services will be held at a later date as he wished. 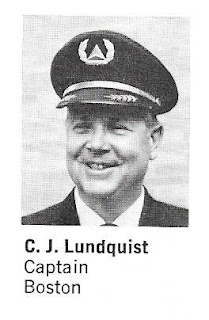 Word from family was just recently received... this news with the passing of Delta Golden Wings member retired Northeast/Delta pilot Captain Courtney John Lundquist, age 89.  Born/raised in Massachusetts to parents John C. & Ebba Lundquist and a military veteran, Captain Lundquist was just shy of his 90th birthday at the time of his passing.  Although the pilot roster indicates a seniority date of 6/11/1953, Captain Lundquist actually first joined Northeast Airlines 10-15-1951.  He retired with Delta Air Lines January 1989 and was based ATL at the time of his retirement.  Captain Lundquist is survived by his wife of 41 years ‘Bj’ Stacey Lundquist plus many other dear friends and family members.  Arrangements are not known but for those wishing to send a personal note, condolences may be sent to the family at
2149 Mooresville Pike, Culleoka TN 38451-2163.
Please do share your stories and memories on our blogspot and if more information is received on our end, we will be sure to pass it along.
Thank you,