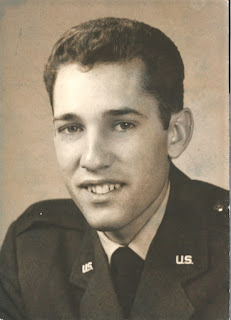 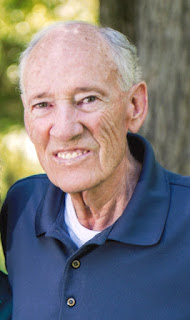 Notification with the passing of retired Western/Delta pilot Captain Larry M. Burke, age 81.  Captain Burke joined Western Airlines 06-05-1967 and retired with Delta Air Lines in 1998, based 052/SLC.
To view the obituary and share memories please visit the funeral home website at
https://www.myers-mortuary.com/notices/Larry-Burke
Obituary is also available online at
https://www.legacy.com/obituaries/deseretnews/obituary.aspx?n=larry-m-burke&pid=194565986&fhid=4559
Funeral services will be held in the LDS chapel, Kaysville 9th Ward, Kaysville, Utah on November 30, with visitation prior to services.  Interment:  Kaysville City Cemetery.
For those wishing to send a personal note, whitepages lists a residence mailing address as
PO Box 57 , Kaysville, UT 84037-0057  …..  (801) 544-9996.
Thank you,
~ Carol for the PCN

Obituary……..Larry M Burke
Beloved husband, father, brother, grandfather and great grandfather, Larry M. Burke died 26 November 2019.  He was born 21 January 1938 in Vernal, Utah, the second child of Melvin Jesse Burke and Dolores Wardle.  His parents and a brother, Darius Burke, preceded him in death.  Larry grew up in Vernal, attended school and graduated from Uintah High School.  After high school he attended Brigham Young University and enrolled in the Air Force ROTC program, graduating as a Second Lieutenant.  He met and married Phyllis in 1961 in the Manti Temple.  After BYU, Larry attended flight school at Webb Air Force Base and was then assigned to Hill Air Force Base where he flew the C124 as an aircraft commander flying combat support missions during the Vietnam War. Later, Larry continued in the Air Force reserve program for 25 years retiring with the rank of Lieutenant Colonel.

Larry was hired as a pilot by Western Airlines in 1967 which later merged with Delta Airlines where he flew the Electra, Boeing 707, 727 and 737 aircraft.

Funeral services will be held in The Church of Jesus Christ of Latter-day Saints Chapel at 201 S. 600 E., Kaysville, Utah at 1:00 pm, Saturday November 30, 2019 with Bishop Roger Rigby officiating.  Family will greet friends at a viewing at 11:30 am to 12:30 pm prior to the service.  Interment will be in the Kaysville City Cemetery.  A special thanks to the kind and caring staff at Sunridge Assisted Living in Layton.  Arrangements are under the direction of Myers Mortuary in Layton.  Send condolences to the family at www.myers-mortuary.com