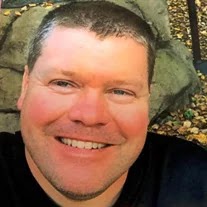 Notification with the passing of Delta pilot Robert Keith Ecklund, age 43.  Mr. Ecklund joined Delta Air Lines 01-14-2008 and was based ATL73NB.  He is survived by his wife Hilary, their daughter, his parents plus many other family members.
Obituary information with a video tribute and a family photo gallery may be viewed online at
https://www.colemanfuneralhome.com/obituaries/Robert-Ecklund-2/#!/Obituary
Visitation is today December 22, funeral services tomorrow December 23 at Coleman Funeral Home, 6815 Parkview Blvd., Olive Branch MS 38654…………. info@colemanfuneralhome.com
For those wishing to send a personal note, whitepages lists the family residence as
8697 Turkey Creek Dr., Olive Branch MS 38654-6709.
If more is learned we will be sure to update our sites.
Thank you,
~ Carol for the PCN

Keith Ecklund was born on April 14, 1976, in Camp Lejeune, NC. He grew up in Manhattan, KS, where he made some forever friends. Keith married his high school sweetheart, Hilary Brooke Baugh, in 2001. He worked as a pilot seeding clouds in Western Kansas after graduating from the University of North Dakota with a Bachelor’s degree in Aeronautical Studies. He also was a flight instructor for a brief time at Kansas State University, in Salina, KS, before accepting a piloting position in the state of Washington. Keith loved flying and was working for Delta Airlines at the time of his death.

Keith had a very adventurous soul. He was an avid outdoorsman, and he also enjoyed different music and singing. He and his wife met while both involved in their high school choir, along with many of their friends. In college, Keith was a member of the choir and the Phi Delta Theta fraternity. He was one of Kansas State University’s biggest fans, especially when it came to football. Keith was also a member of the Airline Pilot Association.

Keith Ecklund leaves behind his wife of 18 years, Hilary Ecklund of Olive Branch; his daughter, Carly Anne Ecklund of Olive Branch; one sister, Amelia (Myron) Hannigan of Lawrence, KS; and his parents, Mary Carr Ecklund and Robert David Ecklund of West Point, MS; his mother-in-law and father-in-law, Jennifer and Bruce Baugh, of Derby, KS; two sisters-in-law, Heather Jani of Derby, and Sydney Kaus of Andover, KS; one niece, Lauren Jani of Cooperberg, PA; three nephews, Gage Kaus, Reid Kaus, and Chase Kaus, all of Andover; three aunts, Elizabeth McGlohn of West Point, Sue Mietzner of Pittsburgh, PA, and Joan Ecklund of Old Saybrook, CT, along with their families; and two uncles, Steve Ecklund of Port Orange, FL, and Robert McGlohn of Greenville, SC, and their families. He is also survived by many McGlohn, Mietzner, and Ecklund cousins whom he enjoyed visiting over the years.

In lieu of traditional gifts, memorials can be made in honor of Robert Keith Ecklund the donor's choice of his daughter's college education fund, (c/o Hilary Ecklund; 8697 Turkey Creek Dr., Olive Branch, MS 38654) or the National Fish and Wildlife Foundation (www.nfwf.org). The NFWF works to protect and restore our nation’s fish, wildlife, plants, and habitats; the very places Keith loved to be along with his family and friends.

Online condolences may be left on the Tribute Wall at www.colemanfuneralhome.com